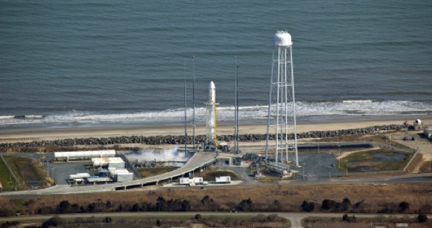 These successful launches for the U.S. Department of Defense (DoD) were completed within a 20 minute time frame and were hush-hush events, with their payloads all for U.S. military access, and, as of this writing, the exact nature of those payloads is unknown. And for good reason... that's why they are called "secret missions." 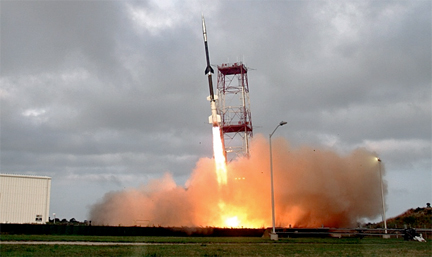 Launch of a Terrier-Orion rocket.
Photo courtesy of NASA.

Weighing in at approximately 2,900 pounds each, the Terrier-Orion rocket is a two-sage, spin-stabilized launch vehicle. The rocket can push a 200 pound payload to an altitude of 200 kilometers (nearly 124-1/2 miles) and an 800 pound payload to about 80 kilometers (a tad over 49 miles). This launch had originally been scheduled for an earlier event, however, weather caused the push to the morning of the 15th. The next set of Wallops launches are for late April for a suborbital sounding rocket and May for an Orbital Sciences' Antares rocket.