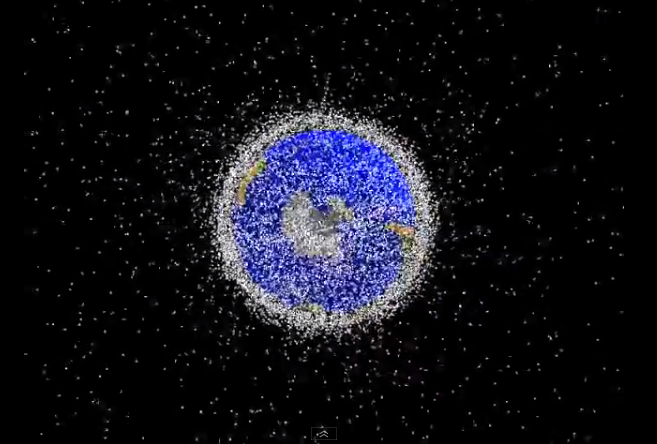 [SatNews] The rest of the monitored space debris ranges in size from the size of a softball, to massive rocket bodies, all orbiting uncontrolled at relative speeds averaging about 22,300 mph in low-Earth orbit, where the majority of the objects reside.

While space debris was the uncontrolled adversary in the award-winning space thriller film "Gravity," space debris, also known as "space junk," is an ongoing real-life concern for teams managing satellites orbiting Earth, including NOAA-NASA's Suomi National Polar-orbiting Partnership, or Suomi NPP, satellite. It is not unusual for satellites that have the capability of maneuvering to be repositioned to avoid debris or to maintain the proper orbit.

On an otherwise quiet Sunday on September 28, the Suomi NPP mission team was  monitoring a possible close approach of a debris object. By early evening, the risk was assessed to be high enough to start planning a spacecraft maneuver to put the satellite into a safer zone, out of the path of the object classified in a size range of 4 inches up to 3.3 feet.

It was determined that the object (travelling at almost 17,000 mph) was approaching at a nearly "head on" angle, and could potentially only miss the Suomi NPP satellite by approximately 300 feet on Tuesday, September 30, if no action was taken. With that knowledge, the decision was made at 1:30 p.m. on Monday, September 29, for NOAA's Satellite Operations Facility, or NSOF, in Suitland, Maryland, to reposition Suomi NPP. Operational control as well as planning and execution of all Suomi NPP maneuvers take place at NSOF.

"Because Suomi NPP moves at a similar speed as the debris object, if there had been an impact, it would have occurred at a combined speed of nearly 35,000 mph. This would have been catastrophic not only to the satellite, but would result in thousands of pieces of new debris," said Harry Solomon, Mission Manager for Suomi NPP at NASA's Goddard Space Flight Center.

Space around Earth is littered with numerous man-made objects that could potentially collide with operating spacecraft and each other (creating more debris). There are more than 20,000 objects being monitored by the U.S. Department of Defense for satellite managers around the world.

Only about 1,000 of those 20,000 objects are operating spacecraft. The rest of the monitored space debris ranges in size from the size of a softball, to massive rocket bodies, all orbiting uncontrolled at relative speeds averaging about 22,300 mph in low-Earth orbit, where the majority of the objects reside.

Yet it is the unknown, often smaller, untracked objects that pose the biggest threat. "If a spacecraft is lost due to being hit by debris, the odds are the satellite will be hit by something the trackers can't see," said Nicholas Johnson, NASA chief scientist (retired) for orbital debris at Johnson Space Center in Houston.

That is exactly the scenario Solomon and his counterpart, Martin England, mission operations engineering lead at NSOF hope will never happen. 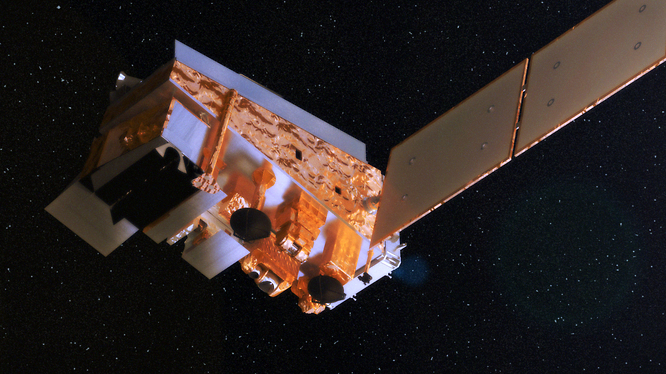 While NASA's Johnson Space Center manages monitored debris threats for spacecraft related to U.S. manned missions such as the International Space Station, the responsibility for unmanned missions managed by NASA falls to the Conjunction Assessment Risk Analysis, or CARA, team operating out of NASA Goddard.

About seven days before a potential threat, information from the Department of Defense is analyzed by the CARA team to evaluate predicted close approaches. CARA monitors and provides updated information about potential threats to satellite mission managers who then make a decision about the need to reposition their satellites in a procedure known as a Risk Mitigation Maneuver.

Since Suomi NPP's launch in October 2011, this recent reposition was the fourth Risk Mitigation Maneuver to avoid space debris. In this case, the object was a section of a Thorad-Agena launch vehicle used between 1966 and1972 primarily for Corona U.S. reconnaisssance satellites.

A previous Suomi NPP risk mitigation maneuver in January 2014 avoided a discarded booster from a Delta 1 launch vehicle, a type of rocket made in the United States for a variety of space missions from 1960 to 1990. There is also a significant amount of debris in Suomi NPP's orbit from the Chinese Fengyun-1C, a meteorological satellite China destroyed in January 2007 in a test of an anti-satellite missile. Another threat near Suomi NPP's orbit is the debris resulting from a 2009 collision of a functioning commercial communications satellite and a defunct Russian satellite.

Suomi NPP's job is to collect environmental observations of atmosphere, ocean and land for both NOAA's weather and oceanography operational missions and NASA's research mission to continue the long-term climate record to better understand the Earth's climate and long-term trends.

To accomplish those goals, the satellite maintains a position on orbit such that the desired path across the ground does not vary by more than 20 km (12 miles) on each side. This orbit is adjusted with regular planned maneuvers to maintain the proper orbit and angles for best information collection. But if a Risk Mitigation Maneuver to avoid space debris were to necessitate moving out of that desired collection zone, then yet another maneuver would be necessary to return to the optimum orbit position. These unplanned maneuvers tap into the finite amount of fuel on satellites and could potentially shorten mission life of a spacecraft if fuel is used more quickly than anticipated.

The amount of space debris is not constant. It generally increases every year, sometimes generated from debris collisions, which can potentially create additional debris fragments. But there are also debris reductions. One tracked object generally falls back to Earth daily, sometimes burning up to nothing upon re-entry, or falling into water or the large areas of low population density.

In addition, there are also natural events that help control debris. The sun is currently going through a period known as solar maximum, the term for a high period of solar activity. The increased number of sunspots and solar storms during solar maximum takes place approximately every 11 years. During this period, the extent of Earth's atmosphere increases due to solar heat generated by the increased amount of solar activity. As the atmosphere extends to higher altitudes, debris at these altitudes are then subjected to increased friction, known as drag, and as a result, space debris typically fall to Earth at a higher rate during solar maximum.

The Suomi NPP mission is a bridge between NOAA and NASA legacy Earth observing missions and NOAA's next-generation Joint Polar Satellite System, or JPSS. The next satellite, JPSS-1, is targeted for launch in early 2017.