Developed by Consilium Technology in Adelaide, South Australia, the Geospatial Artificial Intelligence for Agriculture (GAIA) analysis algorithm scans high-resolution satellite images of Australia’s wine regions to identify exactly where vineyards are located and how many vine rows are planted.

Funded by Wine Australia, the scan is the first of its kind in the world and replaces the old Australian Bureau of Statistics paper-based sector survey, last published in 2015. 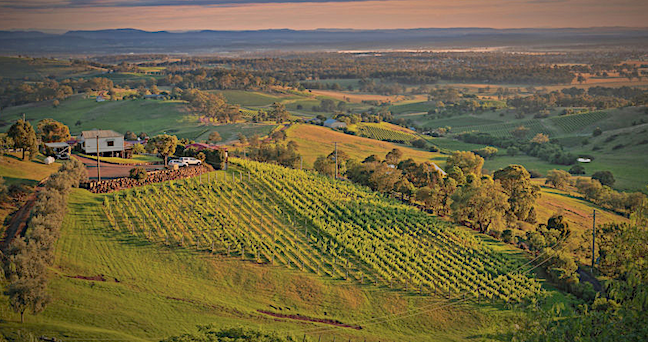 The Barossa Valley in South Australia is one of the world's most iconic wine regions.

The locations of all 75,961 Australian vineyard blocks detected have been mapped, providing information that can be used for emergency biosecurity responses.

The new method has also measured vine row length, making it possible to assess planting densities by GI region and sub-region for the first time.

The multi-spectral imagery from Maxar’s WorldView-2 satellite and GAIA technology can also be used to provide insights into vine health such as assessing weather-related damage.

Consilium Technology has so far been working in a private Beta with 24 customers including Treasury Wine Estates, DeBortoli Wines, Brown Family Wine Group and a number of viticultural consultancies.

An interactive GAIA app will be launched at the Australia Wine Industry Technical Conference in Adelaide next month to allow grape growers and winemakers across Australia identify and annotate their own blocks.

Consilium Technology chief technology officer Sebastien Wong said one part of the technology was the automatic identification of crops and the other was the ability to monitor crop health.

He said GAIA could be used across a range of high value agriculture industries such as almonds, avocados and citrus and had generated a lot of international interest.

“Wine is our first focus because the technology is ready to go and we’ve had good interest from international wine industries including North America,” Dr Wong said.

“This is a world first — people do crop health monitoring but there’s no one automating the location of crops for the wine industry.

“It’s the second continent-scale satellite project. The first one was also in Australia but it focused mainly on finding things in urban environments such as solar panels and buildings.”

By Andrew Spence, The Lead