The Pentagon is Investing in Space Robots to Repair Satellites


The Pentagon’s research office wants to send robots into space to inspect and repair the nation’s satellites. 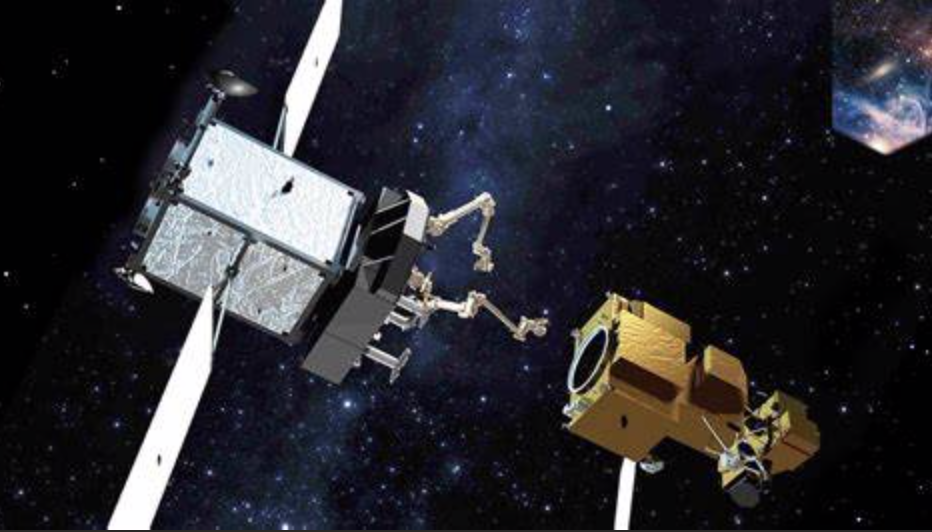 Today the U.S. has more than 400 military, government and commercial satellites circling the globe in geosynchronous Earth orbit, or GEO, a celestial path about 22,000 miles above the ground. These high-altitude satellites are ideal for telecommunications, meteorology and certain military applications, but when they break down, it’s nearly impossible to fix something far out in the cosmos.

The Defense Advanced Research Projects Agency believes space-based robots offer the best bet for inspecting and repairing high-altitude satellites, especially with the number of satellites set to skyrocket due to a budding Space Force and federal agencies and industry ramping up operations in outer space.

Under the Robotic Servicing of Geosynchronous Satellites program, DARPA will partner with teams to build both robots that can maintain and upgrade satellites, as well as the spacecraft to move the bots through space. Once deployed, the tech would periodically check in on different satellites and service them as needed.

Because today’s high-altitude satellites are so difficult to repair, they’re often built with numerous backup systems to take over when something malfunctions, which adds weight, cost and complexity, according to DARPA. But if robots could perform repairs, satellites would likely become both cheaper and more reliable in the near future.

The robotic repairmen would “both provide increased resilience for the current U.S. space infrastructure and be the first concrete step toward a transformed space architecture with revolutionary capabilities,” DARPA officials wrote in the solicitation. Ultimately, each system would be expected to perform “dozens of missions over several years.”

The program is scheduled to last roughly five years, and DARPA will host a proposers day on May 22.