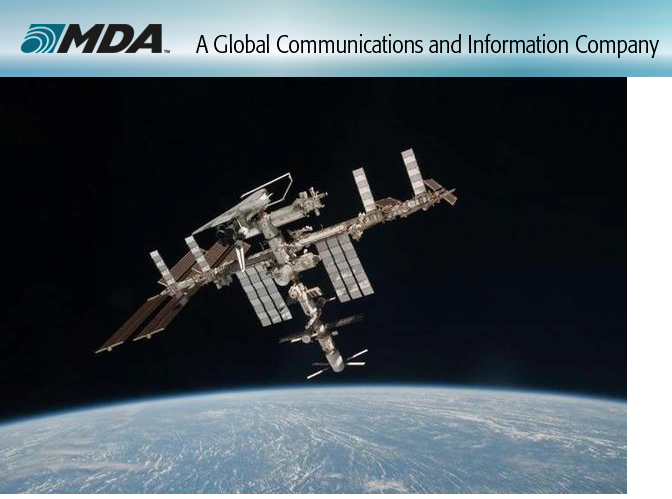 Following the UK Space Agency’s recent investment in the International Space Station (ISS), the UK subsidiary of global communications company MacDonald, Dettwiler and Associates Ltd (MDA) has won the first phase of a contract to supply the European module of the ISS with its own data relay terminal. The contract is expected to total approximately €14 million, and delivery of the terminal to the European Space Agency is expected by the end of 2016.

“We would like to recognize the support this commercial data relay program received from the UK Space Agency, the European Space Agency, and our industry partners," said MDA Group VP of Information Systems Don Osbourne.

When MDA’s Ka-band data relay terminal is installed, the European astronauts and scientists will benefit from higher bandwidth communications, and faster delivery of scientific data and high definition video imagery by using the European Data Relay System (EDRS). In addition to these benefits, they will no longer be completely dependent on the NASA owned communications systems.

The technology being developed for the Ka band data relay terminal could also be used on low Earth orbit satellites. It would remove the need for the satellite to be above a ground-station to communicate with its operation centre and enable remote sensing satellites to be operated in real-time allowing information to be customized to the user needs.

MDA’s UK subsidiary is based at Harwell, which is one of the potential locations of the relay downlink facility to which ISS communications from the ESA Columbus module will be directed via EDRS.

“This contract to the UK is an excellent example of how our strategic investment in Europe’s space program is securing major contracts for our space industry and bringing cutting edge UK-built technology to huge international endeavors such as the International Space Station,” said UK Space Agency's Acting Director of Programs Dr. Chris Castelli.

The UK has been a member of ESA’s ISS program since the 2012 ESA Ministerial where the UK Space Agency pledged a £16 million contribution to the program. The UK’s contribution of £16 million is primarily focused on telecommunications and propulsion technology to be integrated into the new Multi-Purpose Crew Vehicle (MPCV) called Orion. UK industry has an established capacity to deliver these key technologies, and the UK Space Agency seized the opportunity presented in negotiations to secure the possibility of long-term industrial return for the UK.

The UK also participates in the European Space Agency’s Life and Physical Sciences in Space program, which allows Europe to exploit the unique environment of space for fundamental and applied science in health, biology, materials and physics. Benefits of joining this program include insights into the human ageing process and new lightweight materials for jet engines.