Japan's space achievements have certainly placed the country on the short list of pioneers as far as space discoveries are concerned. 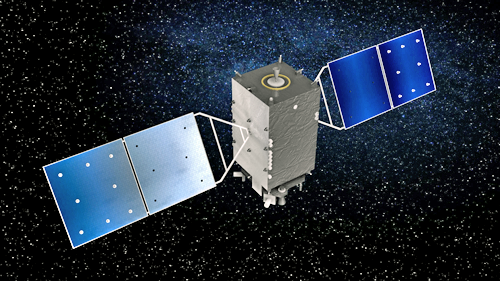 Image is courtesy of JAXA.

With this new announcement, the Japan Aerospace Exploration Agency has revealed the launch of the nation's third of the four global positioning system (GPS) satellites slated for August. Aimed at establishing an efficient communication system in the event of natural disasters, the launch will take place from the Tanegashima Island space center in Kagoshima prefecture on August 11, this according to Efe news.

This will be Japan's third Quasi-Zenith Satellite, a device designed to improve global navigation and augment signals emitted by the US-owned GPS, which has a 10-metre margin of error. The first of these satellites, named "Michibiki," was launched in September of 2010 and the second on June 1. The agency plans to launch the fourth before March of 2018. Once the system installation is completed, smartphone users and automotive navigation systems will receive more accurate map information.

Meanwhile, Japanese authorities are also expected to increase the total number of such satellites in orbit by 2023 to seven, in order to establish a system which ensures communication even when traditional networks stop working due to natural disasters. The objective is to avoid a situation similar to what occurred after the earthquake on March 2011, which left some 29,000 mobile phones and more than 1.9 million landline phones disconnected, hindering search and rescue operations.