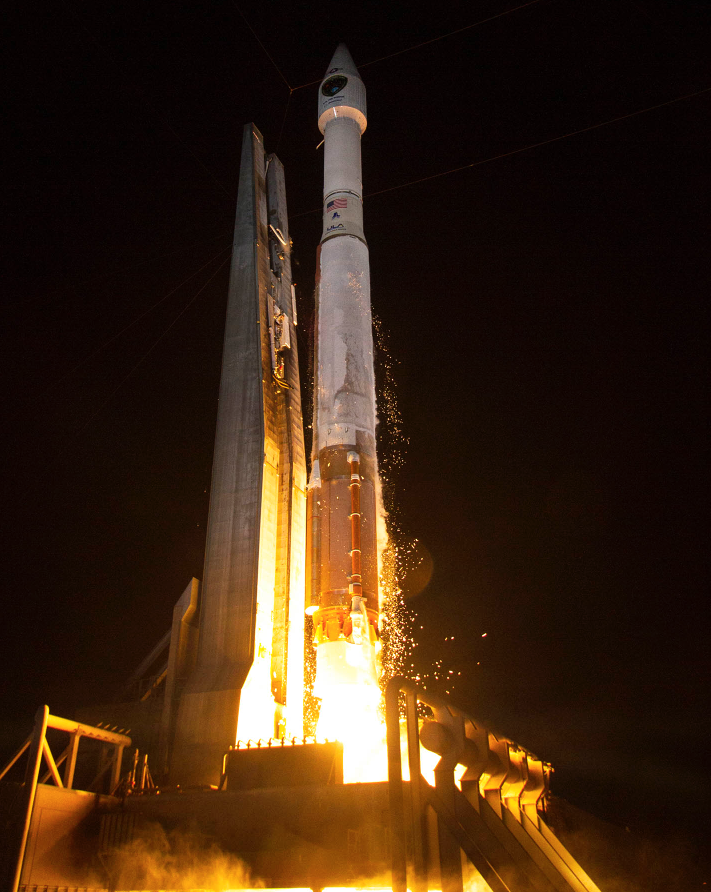 [SatNews] "Once again, the Sharks of the 45th Space Wing proudly tip their collective hats to ..."

U.S.A.F. Statement Regarding The Launch

The rocket flew in the 401 vehicle configuration with a four-meter fairing, no solid rocket boosters and a single-engine Centaur upper stage.

Created by the U.S. Department of Defense to enhance U.S. military warfighting capability, GPS is available for use, free of charge, to anyone with a GPS receiver. U.S. and allied military forces use GPS devices in virtually every system to improve their capabilities and effectiveness while reducing risk to their forces and non-combatants. From finance to farming to tracking packages, use by the civilian community continues to grow rapidly and new commercial applications are continuously being developed.Once again, the 45th Space Wing team of military personnel, government civilians, and contractors provided support to the ULA launch of the Air Force Space Command mission, including weather forecasts, launch and range operations, security, safety, and public affairs.

GPS IIF-7 is the seventh in a series of next-generation GPS satellites and will join a worldwide timing and navigation system utilizing satellites positioned in orbit above the Earth's surface. The sixth GPS IIF was launched May 16, 2014, also from here at the Cape.

"Once again, the Sharks of the 45th Space Wing proudly tip their collective hats to United Launch Alliance, Boeing, the Space and Missile Systems Center, GPS Directorate, and all our other mission partners who made this launch successful," said Brig. Gen. Nina Armagno, 45th Space Wing commander, who also served as the Launch Decision Authority.

"We have a remarkably talented and diverse team here on the Space Coast, and I could not be more proud of their efforts today, and every day," she said. 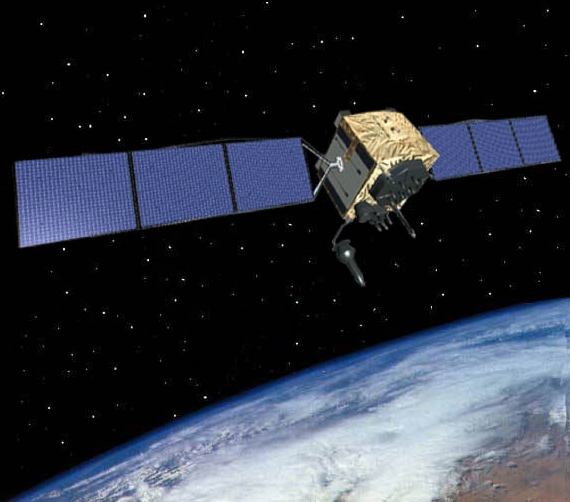 "GPS is a vital global utility providing precise global positioning, navigation and timing services to the nation and the world," said Col. Bill Cooley, director of Space and Missile Systems Centers Global Positioning Systems Directorate. "The GPS constellation continues to meet or exceed the performance standards to which the satellites were built," he said.

ULA's Statement Regarding The Launch

“Congratulations to the U.S. Air Force and all of our mission partners on the successful launch of the Atlas V carrying the GPS IIF-7 satellite,” said Jim Sponnick, ULA vice president, Atlas and Delta Programs. “ULA launch vehicles have delivered all of the current generation of GPS satellites, which are providing ever-improving capabilities for users around the world.”

This mission was launched aboard an Atlas V Evolved Expendable Launch Vehicle (EELV) 401 configuration vehicle, which includes a 4-meter-diameter payload fairing.  The Atlas booster for this mission was powered by the RD AMROSS RD-180 engine, and the Centaur upper stage was powered by a single Aerojet Rocketdyne RL10A engine.

“This launch marks the third time this year ULA has successfully launched two missions within a week,” said Sponnick “The ULA team’s focus on mission success, one launch at a time, allows us to be ready when our customers are ready to launch.”

GPS IIF-7 is the seventh in a series of next-generation GPS satellites and will join a worldwide timing and navigation system utilizing 24 satellites in six different planes, with a minimum of four satellites per plane positioned in orbit approximately 11,000 miles above the Earth’s surface. The GPS IIF series provides improved accuracy and enhanced performance for GPS users.

ULA's next launch is the Atlas V WorldView-3 mission for DigitalGlobe scheduled for Aug. 13 from Space Launch Complex-3 at Vandenberg Air Force Base, California.

The EELV program was established by the United States Air Force to provide assured access to space for Department of Defense and other government payloads. The commercially developed EELV program supports the full range of government mission requirements, while delivering on schedule and providing significant cost savings over the heritage launch systems.

With more than a century of combined heritage, United Launch Alliance is the nation’s most experienced and reliable launch service provider. ULA has successfully delivered more than 80 satellites to orbit that provide critical capabilities for troops in the field, aid meteorologists in tracking severe weather, enable personal device-based GPS navigation and unlock the mysteries of our solar system. ULA – Bringing rocket science down to Earth.

For more information on ULA, visit the ULA website at.