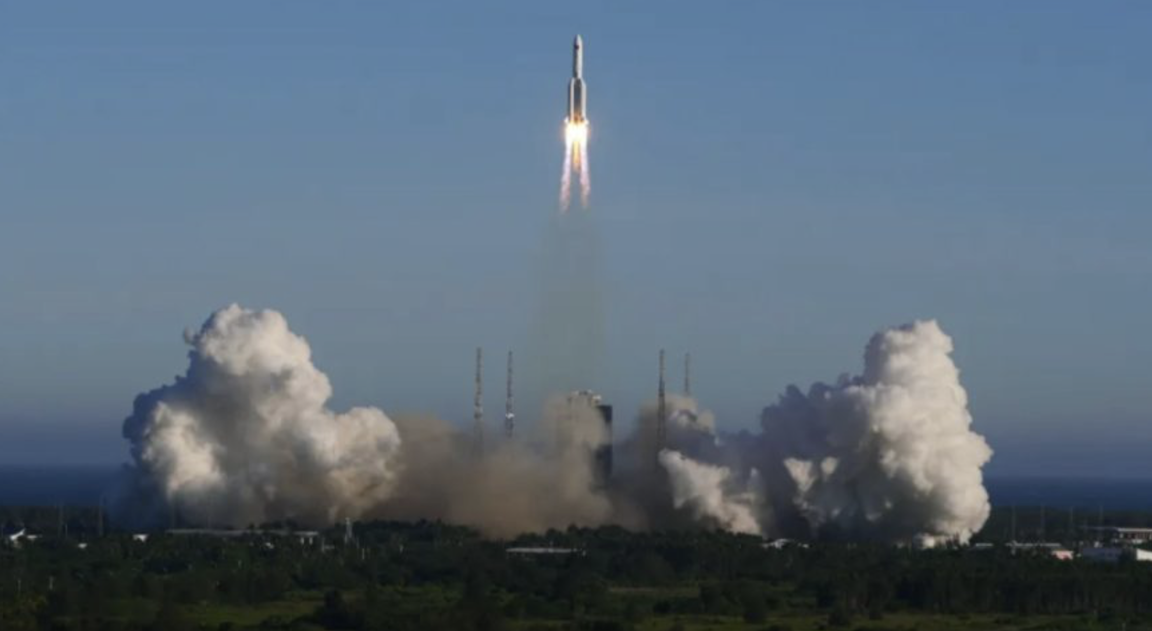 China has successfully launched its Long March 5B rocket, putting a prototype of its new crewed spacecraft into low Earth orbit. As Ars Technica suggests, China has advanced its space effort considerably, allowing it to perform a variety of space missions that promise to match and even exceed anything that NASA has achieved. The launch presents a problem for the space agency but also an opportunity.

The Long March 5B will be used to build China’s modular space station, due to be completed by 2022. The rocket will also be used to send a lander to the planet Mars this July.

The crewed spacecraft has been described as roughly the equivalent of NASA’s Orion. It will be able to transport six astronauts. It can be used to send astronauts to and from the planned space station. The spacecraft can also help take Chinese astronauts to the moon. The prototype, after executing a series of maneuvers, returned to Earth safely.

The expansion of Chinese space capabilities presents a problem. The nation that first becomes a space-faring superpower will own the future. Other countries will look to it for guidance and emulation. The nation that is first in space will become the sole superpower on Earth.

One school of thought believes that accomplishments in space ought to be celebrated no matter what nation carries them out. Indeed, China’s efforts to become a space power should be a cause for NASA and its commercial allies to invite it to become a partner in the quest to return to the moon — but such a move would be a grievous mistake.

The coronavirus pandemic coverup that the Beijing government committed proves that China does not play well with others. Chinese imperial adventures in the South China Sea and elsewhere in the world, its campaign of cyber espionage and intellectual property theft and its human rights violations drive home that lesson.

Those facts bring us to the opportunity that China’s space feats provide NASA. If China’s perfidy surrounding the coronavirus pandemic suggests that a new Cold War exists between it and the West, it would seem that it is time to bring back a Cold War strategy. Namely, it’s time to throw down the gauntlet and declare a space race between China and the rest of the world.

The idea of a space race seems retro in a world where space cooperation between nations is the norm. But one should consider that when President John F. Kennedy issued the challenge to send a man to the moon and bring him safely to the Earth, American experience in space was all of 15 minutes, thanks to Alan Shepard’s suborbital flight. Just over eight years later Americans landed on the moon and returned to universal acclaim, remarkable progress in so short a time.

Ah, but didn’t America, so soon after going to the moon, stop? The danger of a space race is that once the objective is achieved no incentive remains to press on.

The objective of the Apollo race to the moon was narrowly defined. Man to the moon. Return him safely to the Earth. Once accomplished, the powers that be saw no reason to continue. Even so, the Apollo 11 moon landing accomplished the larger goal of proving to the world that the future did not belong to the Soviet Union but rather the United States. 20 years later the Berlin Wall fell.

The trick is to define what the goal of the new space race should be in such a way as to make it open ended. The first side to return to the moon, establish a base and commercially develop its resources should be considered the winner. The objective has a tangible benefit: creating wealth and economic growth that goes beyond flags and footprints. Accomplishing it will show the world who owns the future — China, with its system of totalitarian oppression or the West, led by America, with its tradition of freedom and tolerance.

NASA has certain competitive advantages that China lacks. The space agency has decades of experience in space flight and innovation. NASA also has commercial alliances with entrepreneurs such as Elon Musk and Jeff Bezos. With Chinese competition in space as an incentive, one can imagine what progress could be made in a short time.

All victory in the new space race needs is the full support of the United States government and its citizens, to see the thing through.