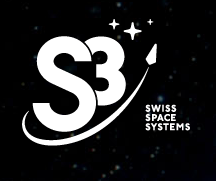 [Satnews] Swiss Space Systems (Holding) SA, through its subsidiary S3 Middle East, announces a major partnership with D&B Group to deliver access to space with the Middle East. The goal is to develop, manufacture, certify and operate unmanned suborbital shuttles to locally launch small satellites up to 250 kg by 2019.

Swiss Space Systems (Holding) SA has announced the signature of a major investment and partnership agreement from D&B Group to open an S3 Middle-East subsidiary, and to develop access to Space from the Middle East. This investment has far-reaching implications for S3's continued global expansion plans.

The “Space for All” vision of S3 is progressively earning its reputation through a commitment to aerospace excellence. For this, the ambitions of Middle Eastern countries are complementary and appreciative of Dr. Amin Abbas Forati chairman of the D&B group for his efforts and selecting the UAE from amongst the Arab countries to became the first country to have this technology, and with the opening of S3 Middle East, the D&B group will introduce the UAE to the prestigious clan of future space launcher countries.

The D&B Group  specialize in financial consulting, natural resource trading and ecology. Today, they are expanding the scope of their activities into space, through their key collaboration with S3. The D&B Group was founded in 1999 by Dr. Amin Abbas Forati, and it has strong presence in Middle East and Africa. 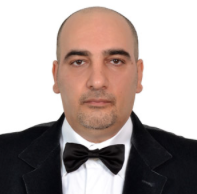 According to D&B Group CEO, Dr. A. Forati, “I live in Dubai and I have seen the county's spectacular transformation over the last 15 years. The UAE is the country where everything is possible, a country where the vision of a man—of many men—can become reality, a bit like S3. I would like, modestly, to provide the UAE, with the possibility to become the first Arab Nation to own its own spatial technology, not only in the field of launching satellites but in the conception of revolutionary satellites, as well.

The UAE is the leading country in the region, look at "the Louvre Abu Dhabi" opening the European Culture to Arab Culture, "Emirates" has the biggest airline in the world one of the top Airline Companies such as Emirates airline. I could tell you a number of such examples. To close, I would like to talk about Africa. At my very modest level I would like to offer to this great continent the means to develop its own energy resources, to own its own communications systems at a wide extent. This is something that S3 can allow Africa."

Through a recent campaign of seeking for strategic investors, S3 is proud to have now signed a partnership agreement with D&B group to work towards building a successful partnership with the D&B Group.

Pascal Jaussi, founder and CEO of Swiss Space Systems said, “We are delighted that S3 and D&B have joined hands to develop the “Space for All” philosophy in the Middle East. This highlights how S3 is becoming a trusted partner of the United Arab Emirates, where independent access to space is a key priority. I am convinced that S3 and D&B will work successfully towards the goal of opening a new vision for a common space future in the region.”

The official inauguration of the S3 Middle East office with take place during the Dubai Air Show in November 2015, at the Emirates Tower on Sheikh Zayed Road, Dubai (UAE), with a live video transmission from S3 Headquarters in Payerne, Switzerland,.

Swiss Space Systems partnerships include space industrial companies such as Dassault Aviation, Kuznetsov, RKK Energia, Thales Alenia Space, as well as academic and scientific networks worldwide. The academic network of S3 will also be opened to Emirati students in the near future.