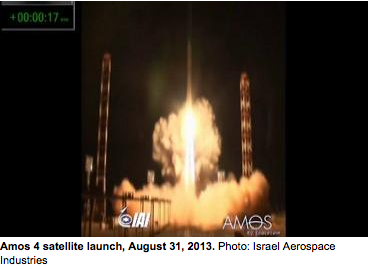 This morning, AMOS-4 has separated from the launcher's last stage and has started communicating with the ground control station and mission control. The satellite, built by Israel Aerospace Industries (IAI) for Spacecom, was successfully launched yesterday, August 31, 2013, from Baikonur, Kazakhstan, aboard a ZENIT 3SLB launcher. IAI engineers have started Transfer Orbit operations.

During the coming three weeks, AMOS-4 will continue its transfer orbit until arriving at 67.250 East, where In Orbit Test will be conducted before continuing to its designated permanent service location at 650 East. 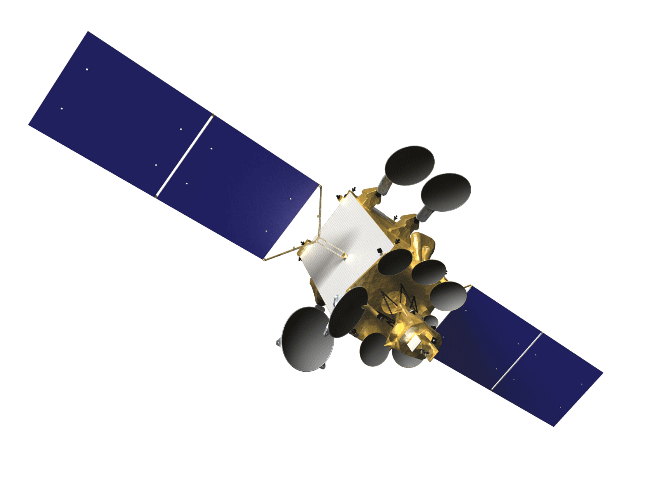 Spacecom President and CEO Mr. David Pollack said: "AMOS-4 continues Spacecom's tradition of providing top quality satellite solutions primarily for emerging markets and is another milestone for the company. We are continuing to maintain our fast growth as we push to become a major player in our markets and expand and extend our reach in becoming a global satellite operator. Working with IAI throughout the process has been a blessing and we look forward to further cooperation with them."

The onboard communications payload provides many advanced capabilities and features, including flexible coverage by using steerable antennas. The payload features wideband and high-power transponding capabilities and enables the use of an agile frequency plan and flexible capacity allocation per beam. It supports multiple services, including traditional and next-generation Broadcast services, and emerging Interactive services and Mobile services. In addition to the advanced flexible microwave repeater, the payload employs a digital payload for carrier-level processing and flexible transponding. The system performance enables very high Quality of Service (QoS) for advanced services, including low-power small and mobile users.

AMOS-4 weighs 4.3 tons at launch, and has a 6 KWatt electrical power subsystem.

The AMOS-4 satellite is based on the AMOS 4000 platform, which introduces a modular design architecture. It is composed of three (3) modules—Bus module, Repeater module, and Earth Facing Antennas module. The AMOS 4000 bus features very high efficiency (payload / bus ratio) and extremely accurate pointing and stable coverage that are critical for large diameter Ka antennas. The bus is scalable to host configurations between 3 and 12 KWatt and 2.5 to 5.5 tons. The Amos4000 bus also features highly autonomous capabilities as well as an advanced Telemetry, Command and Ranging (TCR) system. Amos4000 bus was designed to be compatible with most available launch vehicles.

The Amos4000 will be used for the AMOS-6 satellite, which is currently being built by IAI for Spacecom.  AMOS-6 will feature an electric propulsion subsystem, will weigh 5.4 tons at launch and have a 10 KWatt electric power subsystem. In the course of the AMOS-4 satellite program, an advanced ground control segment was introduced. It features an automatic Satellite Control Center (SCC) and Online Payload Control Center (Online PCC). The SCC enables a Virtual Payload concept, where the space borne communications payload can be divided among users, where each gets its independent allocation of Antennas and Repeater resources.

Each user gets its own Online PCC that allows control and monitor of its allocated resources and management of its quality of service. The Virtual Payload allows Spacecom to maximize the use of the highly flexible payload and provide its users with better resource control.