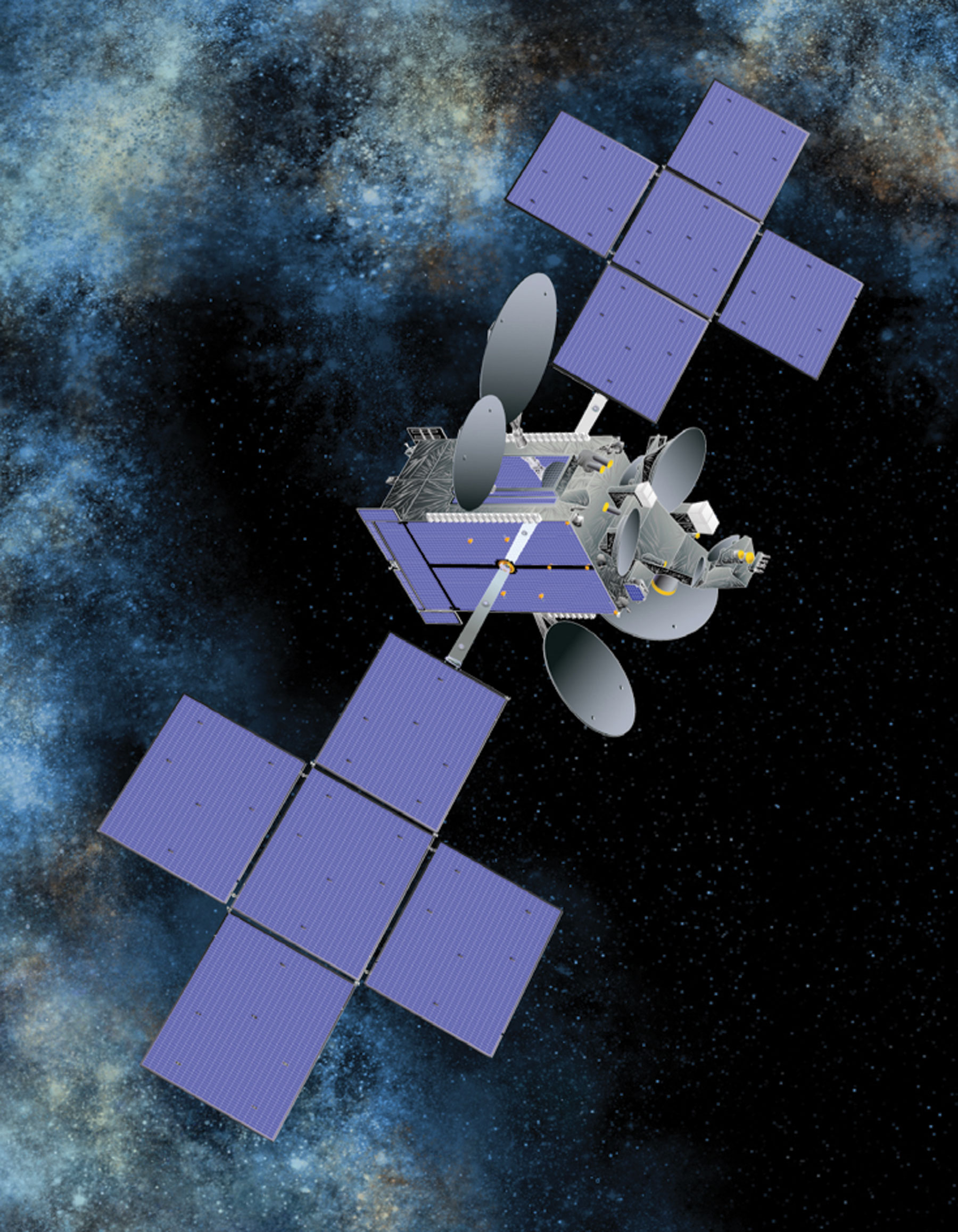 The ABS-2 satellite, artistic rendition, courtesy of SS/L
[SatNews] The next satellite from ABS is now scheduled for launch from the Guiana Space Center...

Arianespace has confirmed the launch date for the ABS-2 satellite for Asia Broadcast Satellite (ABS). ABS-2 will be launched by an Ariane 5 rocket from the Guiana Space Center, Europe's Spaceport in French Guiana, in 2013. The ABS-2 satellite, manufactured by Space Systems/Loral using an LS-1300 platform, will weigh more than 6,000 kg. at launch. It will be positioned in geostationary orbit at 75 degrees East where ABS-1, ABS-1A and ABS-1B are currently slotted. Fitted with C-, Ku-, and Ka-band transponders, it will provide optimized direct TV broadcast, multimedia applications, telecommunications and data transmission services for Asia, Russia/CIS, Africa and the Middle East. With this latest announcement, Arianespace has now launched 58 satellites for Asian operators.