The Kestrel Eye imaging satellite is the first on orbit demonstration of an envisioned Department of Defense (DoD) constellation that may someday provide enhanced situational awareness to users on the ground through direct communications with tactical satellites under theater control. 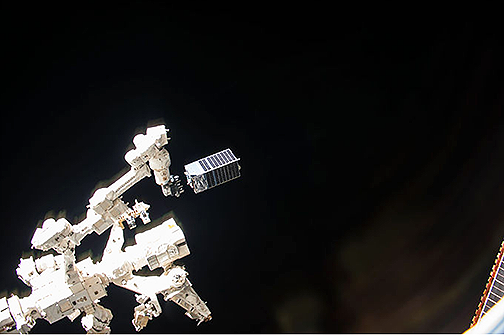 Photo of the U.S. Army and DoD's Kestrel Eye Block IIM
launch from the ISS.

The successful deployment and operation of Kestrel Eye is a major milestone for these two companies, as well as the U.S. Army Space and Missile Defense Command / Army Forces Strategic Command (SMDC/ARSTRAT), the DoD Space Test Program who sponsored the satellite launch and deployment, and the evolving DoD space enterprise. This class of small, inexpensive, and yet highly capable satellites are expected to make space less expensive and more accessible, while simultaneously enhancing the resiliency and flexibility of future space architectures. 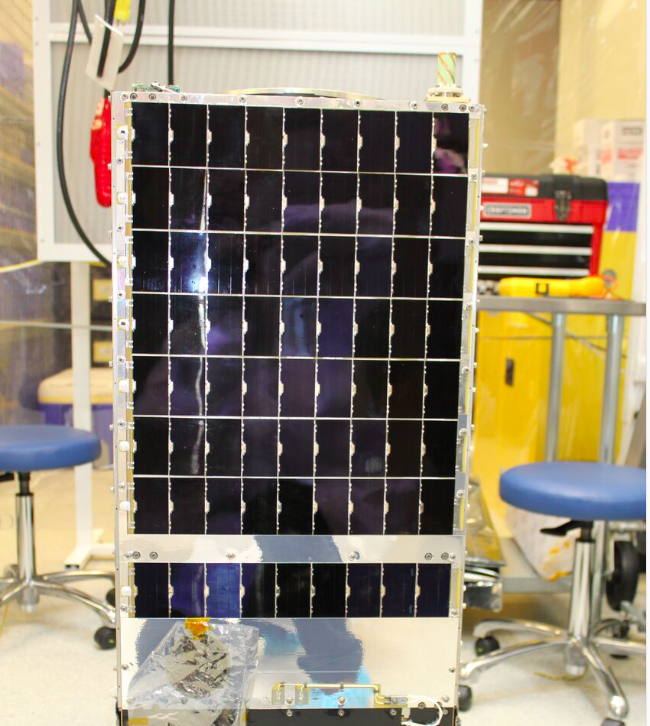 Kestrel Eye satellite shown in the lab provides a better perspective as to its size in proportion to the stools alongside. Courtesy of Daniel Harkins, Adcole.

The mission operations team was able to communicate with Kestrel Eye on the first available pass less than four hours after deployment of the satellite on October 24th. When the team established contact with the vehicle, they found it in excellent condition with a nearly fully-charged battery, controlled attitude rates, and healthy communications’ links. Over the next few passes, the team was able to command the spacecraft into the planned pointing mode and has begun working through on-orbit test and commissioning plans.

Kestrel Eye Block IIM is designed to meet the US Government's increasing demand for enhanced space capability in times of limited budgets. The superior affordability of end-to-end microsatellite space solutions will help both government customers and private industry realize their mission goals in accelerated timeframes at a fraction of the cost of traditional space systems.