The program is part of NASA’s Cyclone Global Navigation Satellite System (CYGNSS) mission, a constellation of eight small satellites, launched in 2016, that use signals from Global Positioning System (GPS) satellites that reflect off Earth’s surface to collect science data.

In addition to its primary over-water research capabilities, scientists have discovered that the CYGNSS technology is also capable of collecting valuable measurements over land, including of soil moisture, flooding, and wetland and coastal environments.

“Partnering with New Zealand offers NASA and the CYGNSS team a unique opportunity to develop these secondary capabilities over land. Taken together over time, they’ll also have an important story to tell about the long-term impacts of climate change to these landscapes,” said Gail Skofronick-Jackson, CYGNSS program scientist at NASA Headquarters, Washington.

The CYGNSS team, led by principal investigator Chris Ruf at the University of Michigan in Ann Arbor, has developed a next-generation GNSS reflectivity receiver with support from NASA’s Earth Science Technology Office. These receivers will be installed in late 2020 on one of Air New Zealand’s Q300 domestic aircraft. 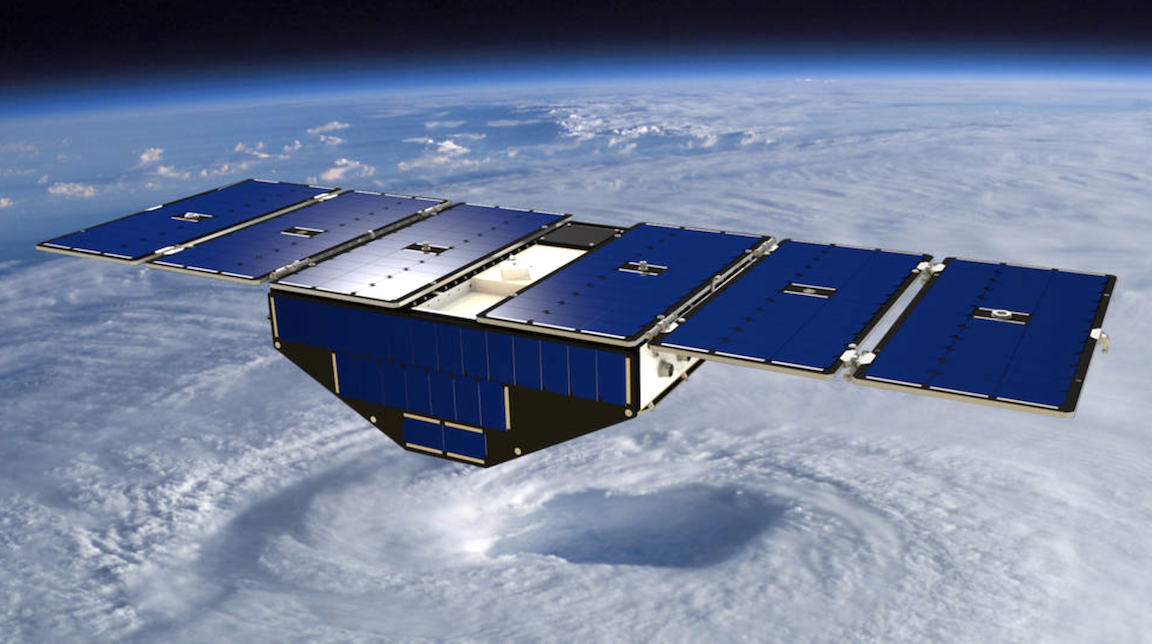 In orbit, the CYGNSS mission has eight small satellites flying in formation. They collect GPS signals that reflect off Earth’s surface, which scientists use to infer windspeed over oceans and soil moisture measurements over land. Credits: University of Michigan

As the aircraft traverses New Zealand, it will collect data from the land below, some of which will overlap with the flight paths of the CYGNSS satellites. This overlap, which will have frequent data observations from regular commercial flights, will provide the CYGNSS team a wealth of data to use to validate and improve the CYNGSS satellite observations, said Ruf. In addition, the varied New Zealand terrain will provide comparison points with data collected in similar terrains in other parts of the world.

“As a result of this partnership, both Air New Zealand engineers and researchers across New Zealand will now have the opportunity to work with NASA on a world-leading environmental science mission,” said Peter Crabtree, General Manager of Science, Innovation and International at New Zealand’s Ministry of Business, Innovation and Employment.

The University of Auckland will host the Science Payload Operation Centre, which will begin operations and data collection in late 2020.

“Over time, the data that will be collected by these receivers could form one of New Zealand’s largest bodies of long-term environmental data, and as such it represents a wide range of research opportunities,” said radar systems engineer and project lead Delwyn Moller of the University of Auckland.

Air New Zealand will be the first passenger airline to partner with NASA to collect data for a science mission. Air New Zealand has 23 Q300s in its fleet, and if the approach is successful, the airline will explore introducing the technology more widely.

“As an airline, we’re already seeing the impact of climate change, with flights impacted by volatile weather and storms. Climate change is our biggest sustainability challenge, so it’s incredible we can use our daily operations to enable this world-leading science,” said Air New Zealand Chief Operational Integrity and Standards Officer Captain David Morgan.

NASA uses the unique vantage point of space to better understand Earth as an interconnected system. The agency also uses airborne and ground-based monitoring and develops new ways to observe and study Earth with long-term data records and computer analysis tools to better see how our planet is changing. NASA shares this knowledge with the global community and works with institutions in the United States and around the world that contribute to understanding and protecting our home planet.