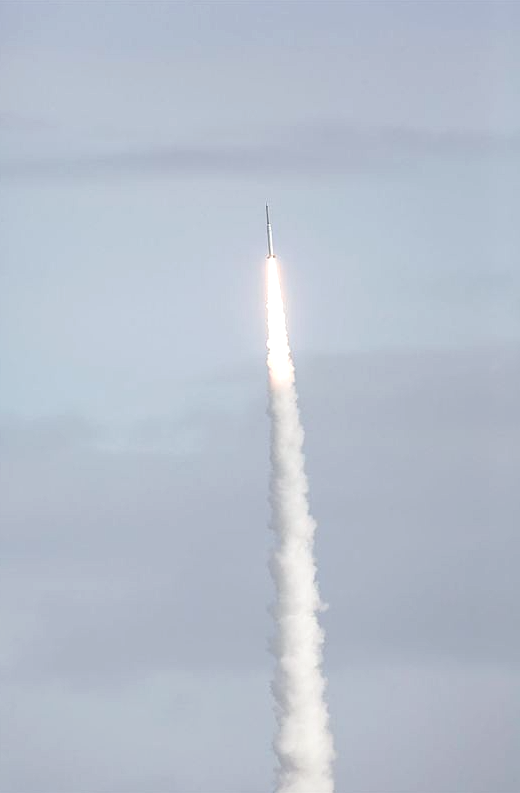 High five's and salutes in Sweden for their successful launch of the MAXUS 9,  Europe’s largest sounding rocket for experiments in micro­gravity. Their rocket successfully lifted off from SSC’s (Swedish Space Corporation’s) launch facility Esrange Space Center in northern Sweden.

The rocket was launched at 11:30 local time and carried nine scientific experiments and a techno­logy demonstrator, all together 579 kg, to an altitude of 678 km which enabled slightly more than 12 minutes of stable microgravity, 10-5 g. The payload landed with a parachute within the impact area and will be recovered by helicopter. The rocket engineers will then disassemble the payload to enable the scientists to perform further analyses of their experiments.

One of the main purposes of the different experiments is to investigate different materials and processes in microgravity. One example is the XRMON-Diff2 experiment module developed by SSC. By using a unique X-ray radiography, samples of the metal alloys Al-Ti and Si-Ge will be studied during the microgravity phase. The selected alloy systems are of industrial relevance and by observing them in in clean microgravity conditions, important benchmark values for ground-based experiments will be obtained and thereby contributing to the improvement of solidification models.

"Sounding rockets from Esrange Space Center are a key platform for research providing an important, cost effective and independent means for Europe to carry out specific experiments with a relatively quick turnaround of results. The researchers are pleased with the results so far and will now focus on further analyses of their experiments," said Mr Antonio Verga, System Engineer at ESA.

"MAXUS is not only Europe’s largest sounding rocket, it is also a guided rocket. Providing launch services for MAXUS demonstrate that SSC has the competence and potential to further raise the level of our advanced space services through launches of small satellites from Esrange," added Lennart Poromaa, Site Manager at Esrange.

The MAXUS sounding rocket program is a joint venture between SSC and Airbus, funded by ESA. Several other space companies are involved such as DLR, OHB and RUAG Space.