NASA + Orbital's Cygnus...Pencil In A Change Of Date For Launch 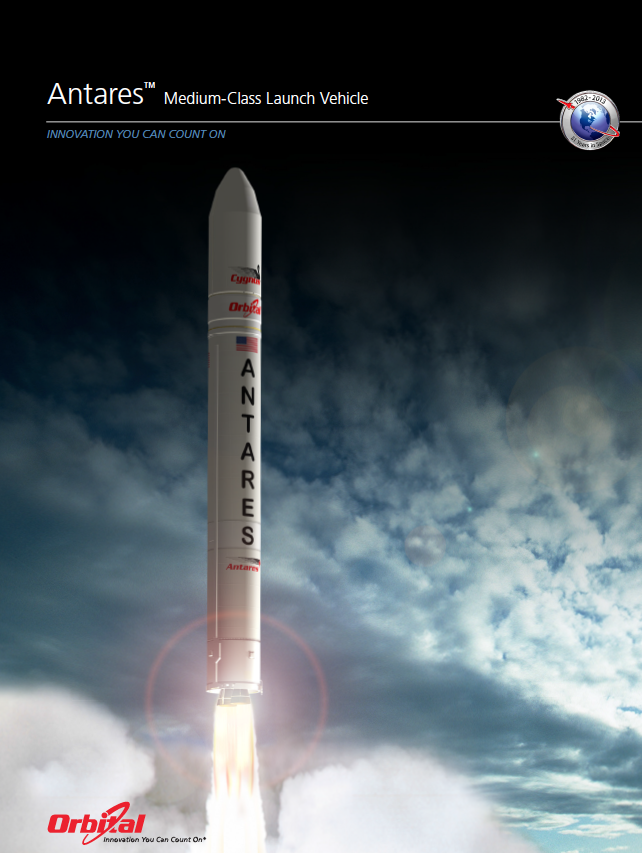 [SatNews] They've already 'been there and done that', and now they're going again, except the departure date has changed.

Orbital is targeting the upcoming cargo logistics mission to the International Space Station (ISS) under the Commercial Resupply Services (CRS) contract with NASA resetting it for the week of June 9 under guidance from NASA. This is the result of the long postponed SpaceX Dragon cargo carrier successfully lifted off last week on April 18 and berthed at the orbiting outpost. With the successful berthing of the SpaceX Dragon capsule at the Station, a crew rotation and a “solar beta cutout” also to occur in May, the earliest date that Orbital can launch will be during the second week in June, since both the Cygnus and Dragon vehicles dock at the same Earth-facing port on the stations Harmony node, one ship must leave before the other can arrive.

This flight was originally scheduled for an afternoon liftoff an early as May 6 but was postponed due to the continuing launch delays for the SpaceX CRS-3 mission from Cape Canaveral, Fla.

The Antares and Cygnus teams have made great progress in preparing for this mission. The Cygnus spacecraft is currently loaded with 1083 kg of NASA cargo, approximately 65 percent of the planned total cargo load. The team has also been completing final Cygnus closeouts and has transferred the integrated Cygnus spacecraft from the payload processing facility on the Wallops main base to the fueling facility on Wallops Island. Fueling will take place in the near future. The remaining cargo, some of which is time sensitive, will be loaded just prior to the encapsulation of the spacecraft within the Antares rocket’s fairing.

The Antares team continues to prepare the rocket for the mission, conducting final testing and preparing for the integration of Cygnus with the vehicle’s upper stage. In addition, the team will also be making progress on the rocket that will conduct the Orb-3 resupply mission later this year. While not as far along as the Orb-2 rocket, the Antares ground team is working on both rockets in parallel at the Wallops Horizontal Integration Facility (HIF). 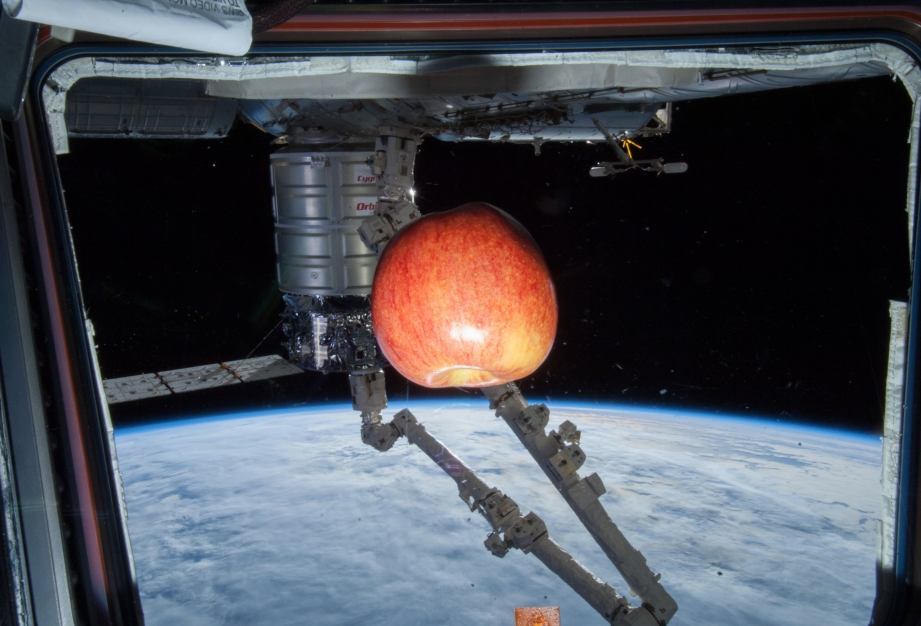 Fresh Apple and Cygnus ISS038-E-029073 (12 Jan. 2014) --- A fresh apple floating freely near a window in the Cupola of the International Space Station is featured in this image photographed by an Expedition 38 crew member. Attached to the Harmony node, the Orbital Sciences Corp. Cygnus commercial cargo craft, which brought the fresh fruit, is visible at center. Image credit: NASA

The Cygnus and Antares team also completed the Flight Readiness Certification Review (FRCR) on April 15. The FRCR is a comprehensive review of the current status of the spacecraft and the rocket and the team's readiness to support the Orb-2 mission operations.

Cygnus will be boosted into orbit by a two-stage Antares rocket from Pad 0A at the Mid-Atlantic Regional Spaceport. The launch sequence will last about ten minutes from liftoff through the separation of Cygnus from the Antares vehicle.

Once in orbit, Cygnus will deploy its solar arrays and undergo initial check-out. The spacecraft will then conduct a series of thruster burns to raise its orbit to bring it within 4 km of the ISS prior to receiving authorization to autonomously rendezvous with the station. When the vehicle approaches to within 12 meters, the astronauts will use the station’s robotic arm to grapple Cygnus and berth it to the Harmony node of the station.

Cygnus is planned to remain berthed at the ISS for approximately 40 days during which time the station crew will unload cargo from Cygnus and subsequently load it with materials for disposal. At the end of the mission Cygnus will depart the station and reenter the Earth’s atmosphere.

Antares is a two-stage launch vehicle designed to provide responsive and reliable access to space for medium-class payloads weighing up to 6120 kg. Initially developed to demonstrate commercial re-supply of the International Space Station under a NASA contract, the Antares launch system utilizes many engineering standards, production and test processes common to Orbital's family of highly successful small-class launch vehicles. These proven launch technologies, along with hardware from many of the world's leading aerospace suppliers, combine to provide cost-effective access to a variety of orbits for civil, commercial and military payloads. The first launch of Antares took place from NASA's Wallops Flight Facility on April 21, 2013.