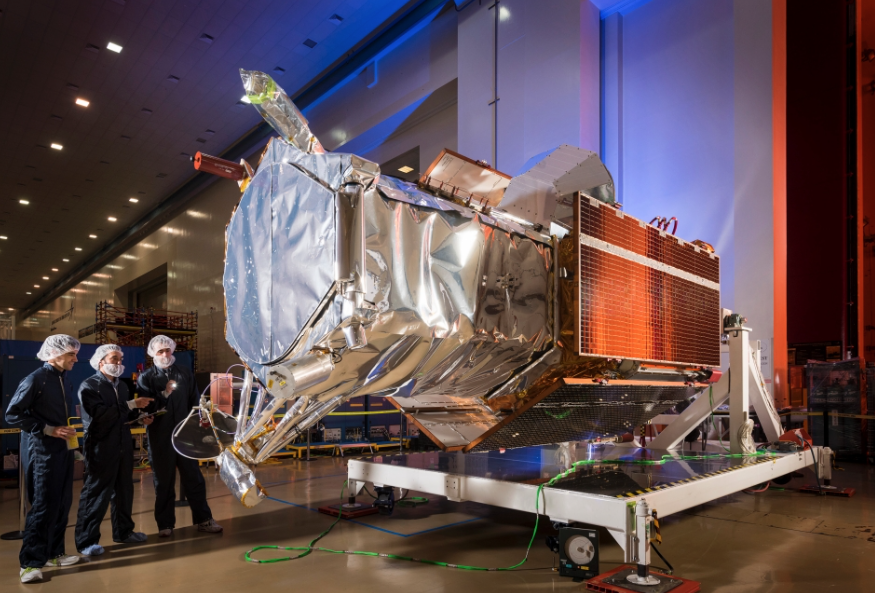 Built by Lockheed Martin, the WorldView-4 satellite will expand DigitalGlobe’s industry-leading constellation of high-accuracy, high-resolution satellites, and double the availability of 30 cm resolution imagery for commercial and government customers around the globe.Final preparations are underway at Lockheed Martin (NYSE: LMT) to ship DigitalGlobe’s (NYSE:DGI) WorldView-4 earth imaging satellite to Vandenberg Air Force Base for a Sept. 15 launch.

When a satellite is named WorldView, you know it's big—the mission—not just the average tasks. And so it is with WorldView-4.

The atmosphere is busy as currently the Lockheed Martin's team is completing the final satellite testing and checkout before shipment of DigitalGlobe’s (NYSE:DGI) WorldView-4 Earth imaging satellite to Vandenberg Air Force Base for a September 15 launch.

Part of the testing process includes calculating the weight and center of gravity of WorldView-4, completing a health check of major systems, and testing out image collection and downlinking capability.

Once launched, WorldView-4 will double DigitalGlobe’s coverage of the world’s highest resolution imagery and increase the rate at which it grows its 15-year library of time-lapse high-resolution imagery. WorldView-4 will orbit Earth every 90 minutes, traveling 17,000 miles per hour and capturing more 680,000 square kilometers of the Earth’s surface daily (19.5 terabytes) the equivalent of the land area of Texas.

Carl Marchetto, vice president and general manager of Lockheed Martin Commercial Space stated, “The high resolution and high accuracy images taken by WorldView-4 will support DigitalGlobe’s worldwide customer base.  DigitalGlobe’s smart imagery serves hundreds of thousands of end-users charged with the safety and security of nations, and enables the maps and geospatial applications relied on by billions of consumers.”

Dr. Walter Scott, Founder and Chief Technology Officer, DigitalGlobe added, “Only the DigitalGlobe constellation, with the addition of WorldView-4, offers the highest quality, and most comprehensive global coverage of our changing planet through 2030, so our customers can be confident they will have the information to make critical decisions. WorldView-4 will help us continue to transform the way we see the world, and advance our mission of keeping our planet and its people safe and secure.”

With an orbit approximately 400 miles from Earth, the satellite will be launched aboard a United Launch Alliance (ULA) Atlas V rocket provided by Lockheed Martin Commercial Launch Services.