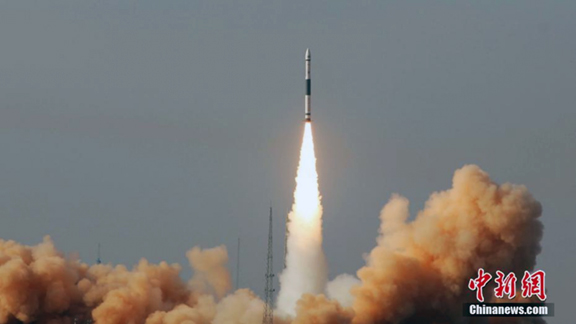 File photo of a Kuaizhou-1A rocket as it lifted off on January 9, 2017, from the Gobi Desert.

Andrew Jones, journalist for GB Times, is reporting that a trio of smallsats have been launched by the Chinese firm ExPace aboard a Kuaizhou-1A (KZ-1A) solid-fueled rocket — ExPace Technology Co., Ltd., is a subsidiary of the China Aerospace Science and Industry Corporation (CASIC), the nation's state-run, main, missile maker.

The KZ-1A lifted off from a mobile launch platform at the Jiuquan Satellite Launch Center in the Gobi Desert at 12:11 local time (04:11 UTC) and successfully placed the payloads into their orbits. The KZ-1A is a 1.4 meter diameter, three-stage rocket developed from the nation's long-range missile technology to provide on-demand access to space, allowing a rapid response to damage to or loss of satellites in orbit. 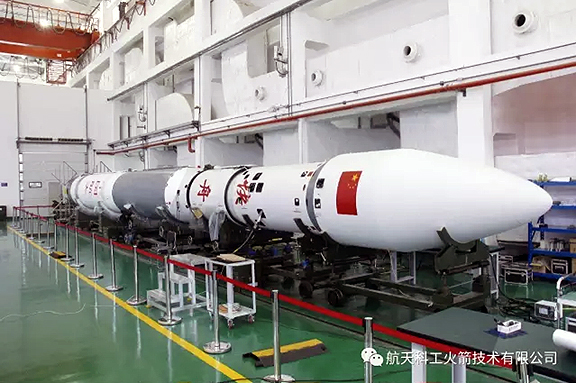 A model of Kuaizhou-1A rocket on display. Photo is courtesy of ExPace.

ExPace stated the company aims to provide low cost launches of smallsats for domestic and foreign customers and claims to have already received orders for 10 launches. ExPace also expects the first flight of their larger Kuaizhou-11 launch vehicle this year. That rocket will be be capable of lofting 1000 kg. to 700 km. SSO, as compared to 200 kg. for the KZ-1A.

The main payload for Monday's launch was the Jilin-1 (03) video satellite, or Jilin Forestry 1, which was developed by the Chang Guang Satellite Technology Co. belonging to the Changchun Institute of Optics, Fine Mechanics and Physics (CIOMP) under the Chinese Academy of Sciences (CAS), which is establishing a satellite constellation to fill the void of remote sensing for civil use in China. 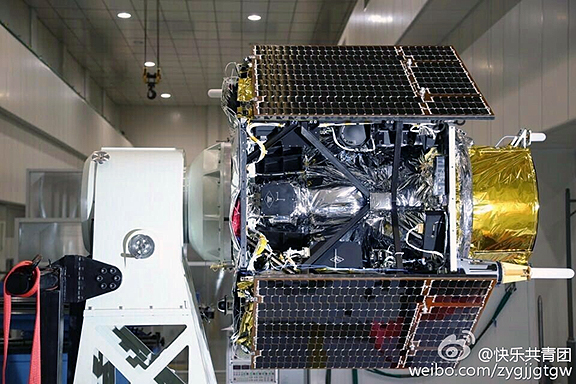 The Jilin-1 — photo is courtesy of Weibo User zygjjgtgw.

CGST, which confirmed success (Chinese) shortly after launch, states that satellite will comprehensively improve the remote sensing information available for forestry, provide forest fire early warning and assist in areas such as wildlife protection, desertification control, wetland protection and monitoring and more. The satellite is expected to orbit at an altitude of 535 km., providing panchromatic video with a resolution of better than 1 meter. The first launch of Jilin-1 satellites in 2015 included the test Lingqiao video satellites. 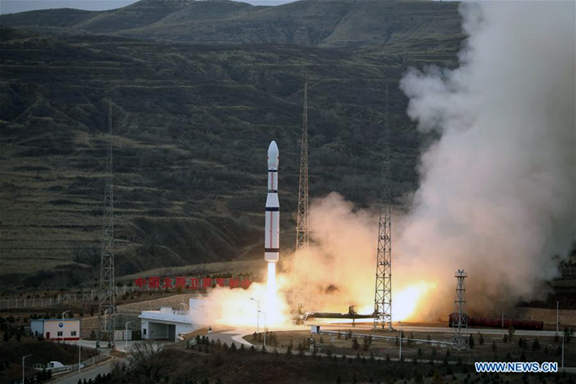 The five, new, remote-sensing Ningxia-1 satellites are launched by a Long March-6 carrier rocket from the Taiyuan Satellite Launch Center in north China's Shanxi Province on November 13, 2019. Photo is courtesy of Xinhua.

The five Ningxia-1 satellites were launched by a Long March-6 carrier rocket at 2:35 p.m. (Beijing Time). These satellites are part of a commercial satellite project invested by the Ningxia Jingui Information Technology Co., Ltd, and will be mainly used for remote sensing detection.

The satellites and carrier rocket were developed by the DFH Satellite Co., Ltd. and the Shanghai Academy of Spaceflight Technology. Wednesday's launch was the 318th mission for the Long March series carrier rockets.