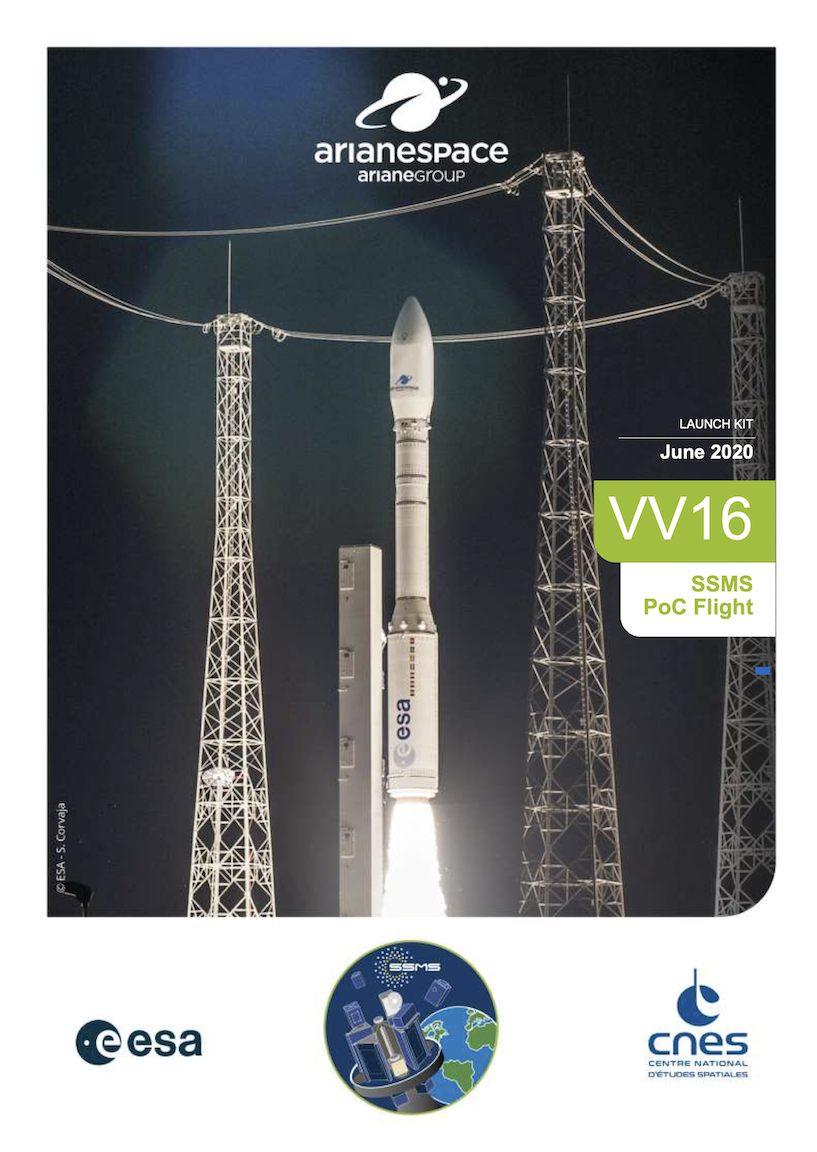 Arianespace is preparing for the first launch of 2020, on Thursday, June 18. With this mission, designated Flight VV16, Arianespace stresses its wide range of services to address the nano- and micro-satellite market sub-segment, by serving both institutional and commercial needs.

The creation of such a new service using the company’s light-lift Vega led to the Small Spacecraft Mission Service (SSMS) project. For its fifth mission in 2020, and the first Vega flight of the year, the launch will take place from the Vega Launch Complex (SLV) in Kourou, French Guiana. Arianespace will orbit 53 satellites with seven microsatellites (from 15 kg. to 150 kg.) on the upper portion, along with 46 smaller CubeSats on the lower portion’s Hexamodule, on the Small Spacecraft Mission Service (SSMS) Proof of Concept (PoC) Flight. VV16’s mission, with 21 customers from 13 countries on board that will serve different types of applications: Earth observation, telecommunications, science, technology/education, etc. The SSMS rideshare concept is now integrated into Arianespace commercial offer, as a new service to address the small satellite market.

The European Space Agency (ESA) funded the SSMS hardware development, and also contributed with the European Union to the funding of this “Proof of Concept” (PoC) flight. The combined European efforts will enhance Arianespace’s response to the rideshare demand with solutions that are perfectly suited to the flourishing small satellite market.

Arianespace ensures their clients that by choosing Arianespace, all customers are entitled to the same level of quality and reliability, and new customers such as laboratories, universities and start-ups are guaranteed the optimum conditions for the launch of their space projects.

This Arianespace’s concept —with multiple small satellites from 1 kg. to 500 kg. being flown together on Vega with the objective of sharing the launch cost — has been developed with the support of ESA and Avio. The satellite dispenser is an ESA product developed by Avio under ESA leadership and it is produced by the Czech company, SAB Aerospace s.r.o. (CZ). Satellite integration has been performed for the first time in Europe (Czech Republi

With this new service, Arianespace will be able to respond to the constellation and small satellite market demand thanks to the dual strategy of shared launches on Vega / Vega C and Ariane 6.