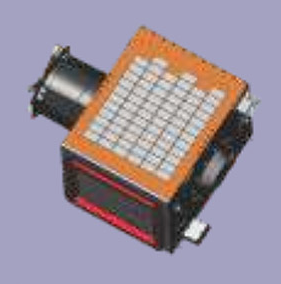 Surrey Satellite Technology Ltd (SSTL) just proved they can rapidly design, build and test satellites that stand up to rigorous testing, as evidenced with their released videos from orbit taken by CARBONITE-1, a technology demonstration satellite launched to validate rapid build techniques and to test a telescope and video camera, both developed using innovative commercial-off-the-shelf (COTS) technologies.

CARBONITE-1 was designed and funded by SSTL and the mission has fulfilled expectations, enabling the development of a follow-on technology demonstration mission with enhanced capabilities called CARBONITE-2, due for launch later this year.

Andrew Cawthorne, Director of Earth Observation at SSTL, said “CARBONITE-1 was a highly experimental mission, and we took a number of calculated risks with the design and the schedule with the end-goal of creating a new concept for low cost, rapid-build, Earth observation missions.  Although CARBONITE-1 was launched into an orbit of 650km, a little higher than we would have liked, we have in fact been very pleased with the results and we now have a number of interested parties talking to us about future missions.”

The video clips from CARBONITE-1 released today show an aeroplane taxiing down the runway in Kuwait and cars travelling along a highway in Dubai.

CARBONITE-1 is a small Earth observation satellite and it was completed under a rapid design, build and test schedule in just 6 months and 12 days.  The COTS telescope was adapted for a space environment and integrated into a specially designed framework.  The imaging system is designed to provide one meter GSD images and 15 second HD video clips optimised for an orbit of 500km, a little lower than the 650km orbit into which CARBONITE-1 was launched as a secondary payload.

SSTL’s CARBONITE-1 mission was designed to demonstrate proof-of-concept for a low cost video and imaging constellation of ~50kg satellites with high speed X-band downlink, orbiting at 500km.  The optical data is particularly suitable for 3-D modelling applications and the video imagery captured by the CARBONITE missions is highly suitable for the evolving applications such as traffic and car park density monitoring, and near real-time analysis of mass population movements.

CARBONITE-1 was launched in 2015 and is designed to be de-orbited at the end of its mission with the deployment of an Icarus-3 de-orbit sail from Cranfield University.

CARBONITE-2, which is also a technology demonstration mission owned and funded by SSTL, is due for launch later this year.