The Federal Government announced at the International Astronautical Congress held in Adelaide in September 2017 that a national agency would be established ... and now it has been. In fact ... 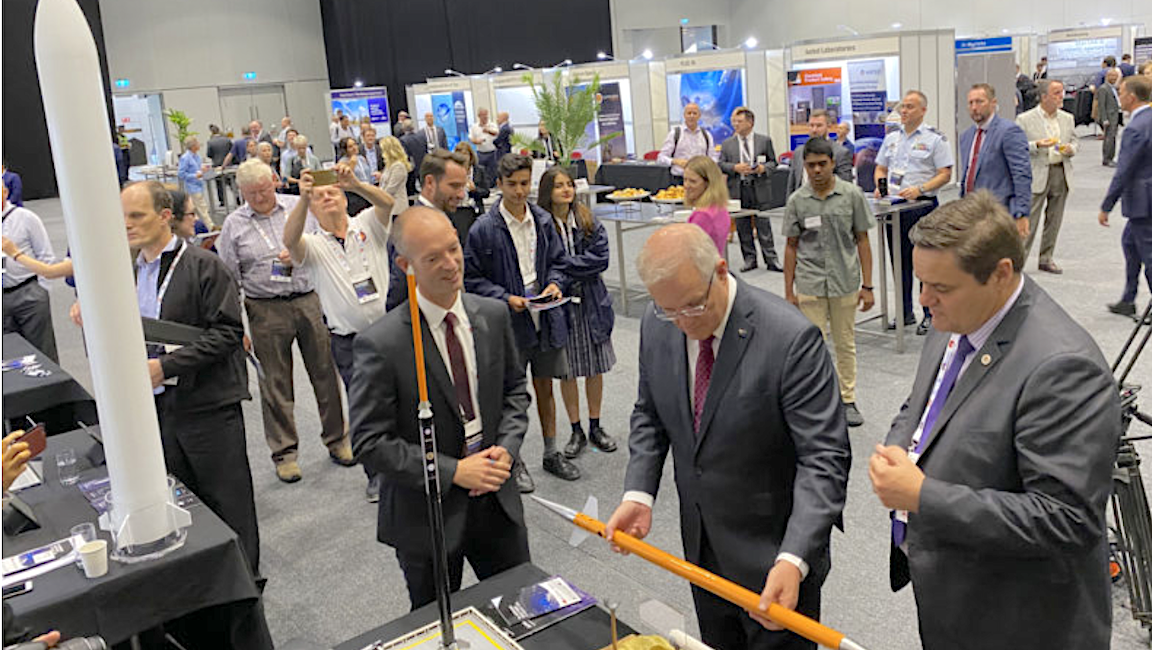 More than 1,000 space leaders including NASA representatives and the president of the Italian Space Agency are in Adelaide for an industry forum as the local sector continues to gain momentum.

The Federal Government announced at the International Astronautical Congress held in Adelaide in September 2017 that a national agency would be established.

An Australian Space Discovery education centre and $6 million Mission Control to monitor orbiting spacecraft were added to the plan in March 2019 and are expected to open in Adelaide next year.

“The Australian Space Agency is central to my Government’s vision to secure more jobs and a larger share of the growing space economy – forecast to be over $1 trillion in size around the globe by 2040,” Prime Minister Morrison said.

“Space captures the imagination and inspires us all. It develops new technologies that improve life on Earth and it offers huge economic and job opportunities.

The agency moved into its headquarters on the former Royal Adelaide Hospital site in December with the opening timed to coincide with today’s 9th Australian Space Forum, which focuses on key areas of national and international space trends, research and development, education and access to space.

“Strong attendance numbers at today’s Space Forum is a clear indication of the momentum that’s building behind Australia’s space sector,” he said.

“We need to inspire the next generation of space industry leaders to continue the momentum in this exciting sector.”

It also includes a trade hall where a record number of 40 exhibitors are promoting space industry products and services.

DEWC Systems is a South Australian company developing electronic warfare solutions for Australian Defence, and Damp said that being two South Australian startups allowed them to quickly collaborate to get the launch project off the ground.

“Having a Space Agency creates a focal point for both international and domestic companies to come together and have those really important discussions about how to create something far bigger,” Damp said.

Australian Minister for Industry, Science and Technology Karen Andrews said Australia’s space sector has gone from strength to strength since the establishment of the Australian Space Agency. Minster Andrews said.

“Space is inspirational but it’s also big business. We’ve set the goal of tripling the size of the sector in Australia to $12 billion and adding an extra 20,000 jobs by 2030,” Minster Andrews said.

“But beyond that, space will create opportunities for core industries – from manufacturing to mining – to tap into new supply chains.”

The SmartSat Cooperative Research Centre was also officially opened at Lot Fourteen today. The $245 million research initiative that brings together more than 100 national and international partners this week announced some of the first projects for the group, initially focusing on Bushfire disasters, satellite water monitoring and improving Australia’s communications.

SmartSat will join forces with NASA, the Australian Maritime Safety Authority, CSIRO and Adelaide industry partner Safety from Space to work on the projects.

“We are meeting with NASA this week to discuss a project that will adapt existing emergency beacon technologies into a form of miniaturised satellite radio, connected into a national incident data management system that will deliver a complete, real-time picture of disaster zones and ensure reliable communication for individuals and communities in danger.”

SmartSat CRC is Australia’s largest ever space research program. It was established last year to work with the Australian Space Agency to contribute to the Australian Government’s goal of tripling the size of the space sector to $12 billion and creating up to 20,000 jobs by 2030.