Stops Along the Way to Mars ... Airbus' Rosalind Franklin Leaves UK, Next Stop Testing in France 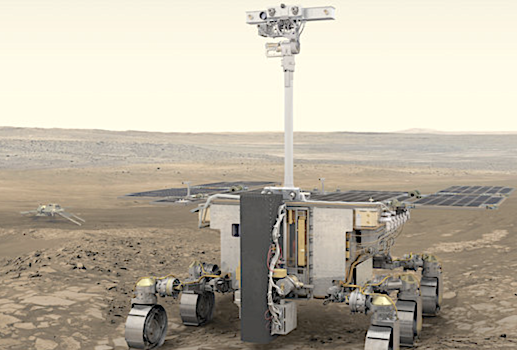 Part of taking a journey involves preparation and lots of testing if you are to go a great distance such as Mars.

And so it is with the European Space Agency’s ExoMars rover that is leaving the UK for Airbus in Toulouse where it will undergo crucial testing ahead of delivery to Thales Alenia Space.

The ExoMars rover, “Rosalind Franklin”, will be Europe’s first planetary rover and is being assembled at Airbus in Stevenage. It will search for signs of past or present life on Mars and is equipped with a 2m drill to take samples from below the surface where they will have been protected from the harsh radiation environment.

The name Rosalind Franklin was selected  by a panel of experts who chose ‘Rosalind Franklin’ from over 36,000 entries submitted by citizens from all ESA Member States, following a competition launched by the UK Space Agency in July of last year.

Rosalind Elsie Franklin was a British chemist and X-ray crystallographer who contributed to unravelling the double helix structure of our DNA, and who will now have her symbolic footprint on Mars in 2021. 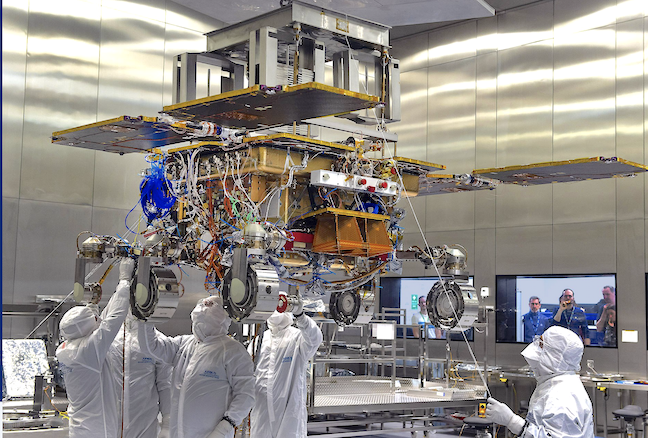 She also made enduring contributions to the study of coal, carbon and graphite. ESA has a long tradition of naming its missions for great scientists, including Newton, Planck and Euclid.

“This name reminds us that it is in the human genes to explore. Science is in our DNA, and in everything we do at ESA. Rosalind the rover captures this spirit and carries us all to the forefront of space exploration,” says ESA Director General Jan Woerner.

The rover features nine instruments which will help scientists conduct a step-by-step exploration of Mars, from a panoramic scale and progressively converging to smaller (sub-millimetre) studies, concluding with the molecular identification of organic compounds. The rover is equipped with an autonomous navigation system developed by Airbus which will enable it to travel between sites of interest much more quickly than by being driven remotely in real time from Earth. 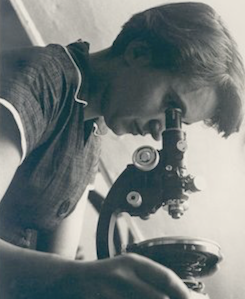 Rosalind Franklin is being installed in its special protective container in Stevenage for the journey to Toulouse for environmental testing to prepare it for launch.  It is due to leave the Airbus site in UK on August 28. Launch of the rover to the Red Planet is scheduled for July 2020.

On the 2020 mission, Thales Alenia Space in Italy, is the mission Prime in charge of the design, development and verification of the entire system, the development of the Carrier Module navigation and guidance system and perform EDL/GNC development, the Rover System, including the Analytical Laboratory Drawer (ALD) as well as supplying basic parts of the DM, including the Radar Altimeter.

In addition, Thales Alenia Space in Italy implements a deep technical partnership with Lavochkin (RUS) with European contributions for the development Descent Module (DM) Kazachok. OHB is in charge of developing the Carrier Module (CM) as well as some ALD subsystems (SPDS Mechanisms, Structure and Harness). The Rover Vehicle itself is provided by Airbus Defence and Space in UK. Leonardo is developing the ExoMars drill, which will dig into the Mars subsoil at a depth of two meters plus the Drill and ALD mechanisms control unit and software.

ALTEC – Aerospace Logistics Technology Engineering, a Thales Alenia Space in Italy (63.75 percent) and ASI (36.25 percent) company – will also be responsible for the design, development and maintenance of the ROCC (Rover Operation Control Center) and for controlling the Rover on the Martian surface