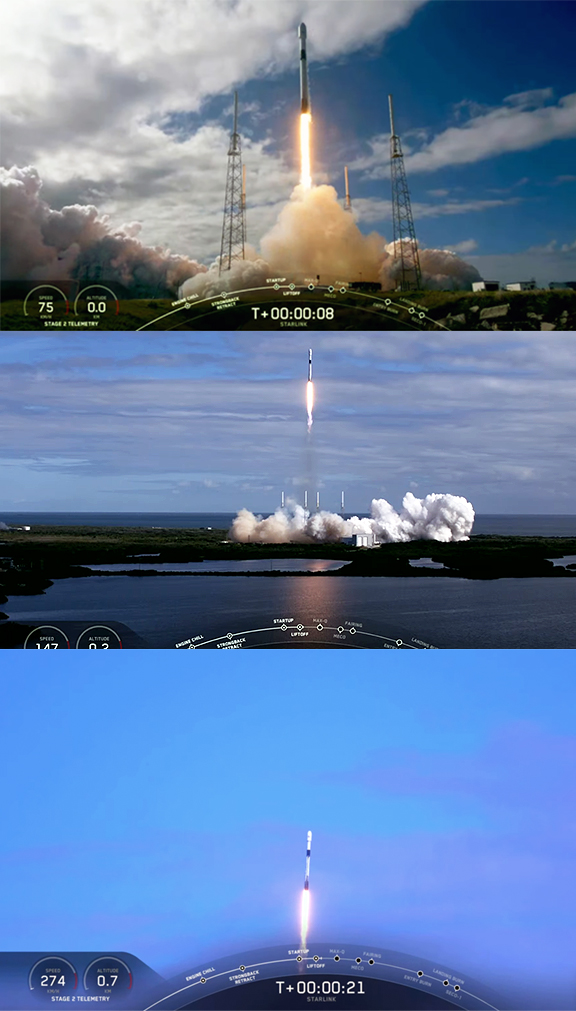 Following stage separation, SpaceX landed Falcon 9’s first stage on the “Of Course I Still Love You” droneship, which is stationed in the Atlantic Ocean. There was no attempt to capture the fairing as previously planned by the recovery vessels, Ms. Tree and Ms. Chief, due to concerns regarding heavier than expected seas in the Atlantic Ocean.

SpaceX is developing a low latency, broadband internet system to meet the needs of consumers across the globe. Enabled by a constellation of LEO satellites, Starlink will provide fast, reliable internet to populations with little or no connectivity, including those in rural communities and places where existing services are too expensive or unreliable. As the most recent launch of Starlink satellites in May, SpaceX has increased spectrum capacity for the end-user through upgrades in design that maximize the use of both Ka- and Ku-bands. 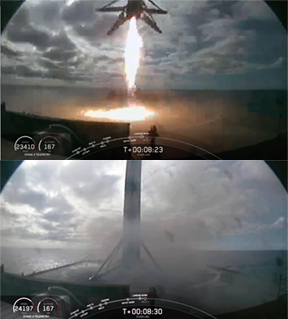 The first stage of the Falcon 9 rocket that uplifted the SpaceX Starlink mission to orbit re-lands on the "Of Course I Still Love You” droneship.

Additionally, components of each satellite is 100 percent demisable and will quickly burn up in Earth’s atmosphere at the end of their life cycle — a measure that exceeds all current safety standards. Starlink is targeted to offer service in parts of the U.S. and Canada after six launches, rapidly expanding to global coverage of the populated world after 24 launches.

Additional information on the system can be found at the SpaceX Starlink infosite.