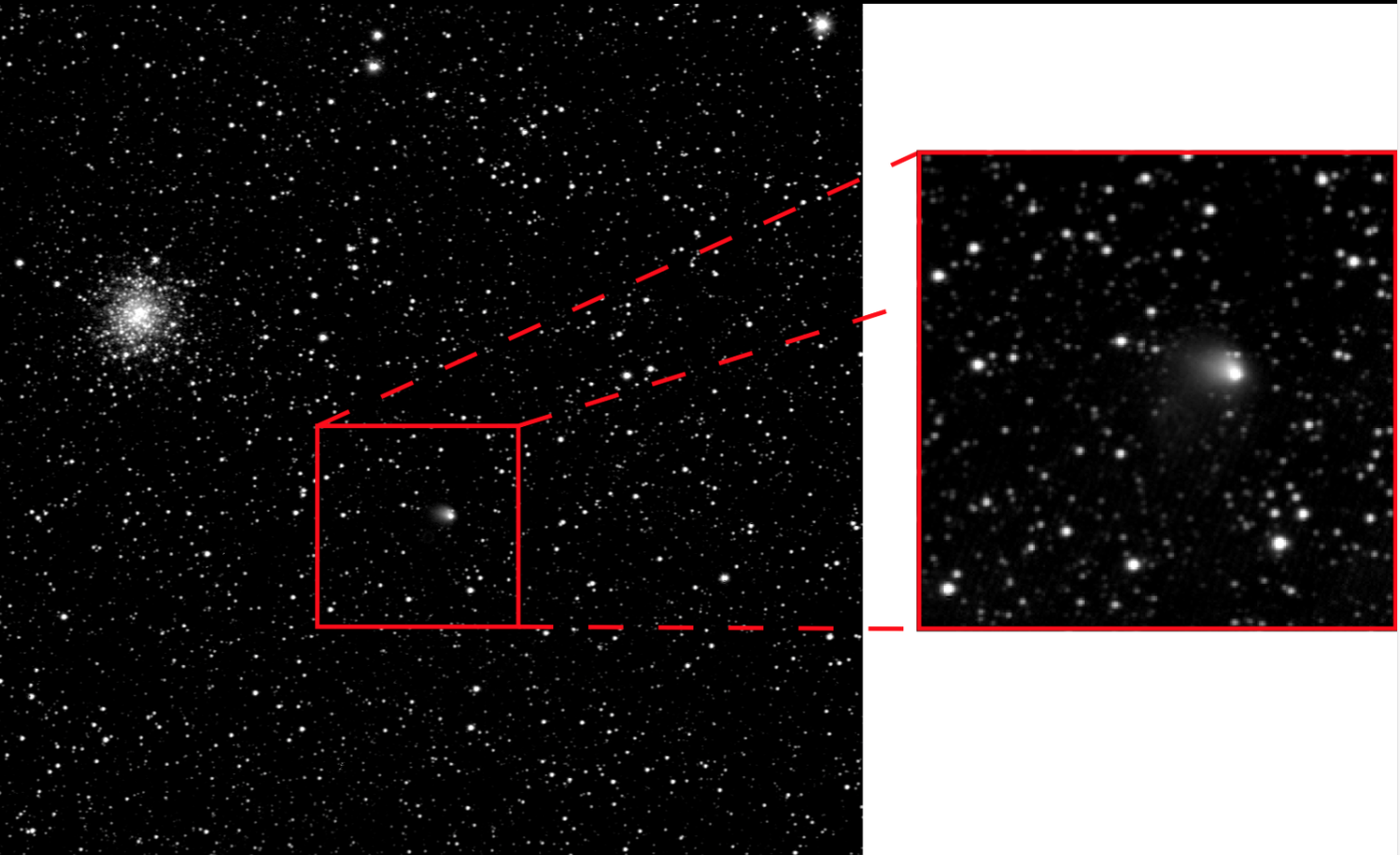 [SatNews] ..."team can't wait to get down on the surface and start making measurements on the body of the comet itself."

The comet 67P/Churyumov-Gerasimenko, target of Europe’s Rosetta mission, has begun to develop a dust coma. This can be seen in a series of images taken by OSIRIS, the spacecraft’s scientific imaging system, between March 24th and May 4th.  In the images, the dust that the comet is already emitting is clearly visible as an evolving coma and reaches approximately 1300 kilometres into space.

Coma is the nebulous envelope around the nucleus of a comet formed when the comet passes close to the Sun on its highly elliptical orbit; as the comet warms, parts of it sublimate giving a comet a "fuzzy" appearance when viewed in telescopes and distinguishes it from stars.

The coma is generally made of ice and dust, as water dominates up to 90 percent of the volatiles that outflow from the nucleus when the comet is within 3-4 AU of the Sun. 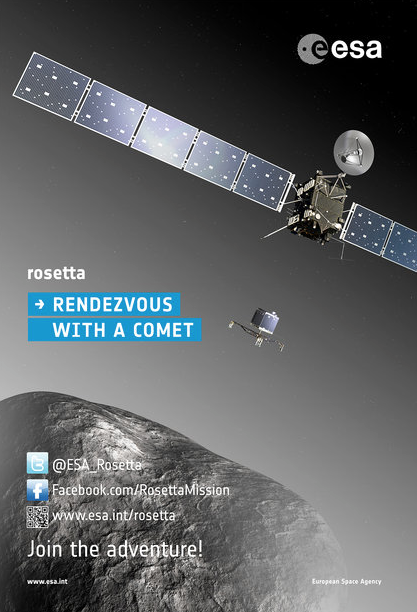 “Rosetta is a big mission for the UK so we’re very excited to see these first images of comet 67P ‘coming to life’. With much of the spacecraft built and designed in the country and UK scientists involved in 10 of the mission’s instruments, we’re looking forward to making history by tracking the evolution of this comet as it swings around the Sun.”

“It's truly great to see these images and witness the beginning of the comet's active phase. We like activity. It means that the various analytical instruments on board Rosetta will have the opportunity to study the evolution of the 'cometary phenomenon'. The Ptolemy instrument team can't wait to get down on the surface and start making measurements on the body of the comet itself."

The images recorded in late-April from a distance of approximately 2 million kilometers show not only a bright nucleus, but also paler structures surrounding it. When comets approach the Sun, volatile gases evaporate from their surface carrying fountains of tiny dust particles with them. In part, these gases and dust remain bound to the nucleus by gravity thus constituting the comet’s coma.

Still more than 600 million kilometers separate 67P from the Sun. This corresponds to more than four times the distance between the Earth and Sun. This early onset of cometary activity offers scientists the opportunity to study dust production and structures within the coma at an early stage of the mission.

From the changes in brightness that the comet displays periodically over the course of several hours, the OSIRIS team was also able to determine its rotational period. With one full rotation taking12.4 hours, the rotation time is approximately 20 minutes shorter than previously thought.

Rosetta is an ESA mission with contributions from its member states and NASA. Rosetta's Philae lander is provided by a consortium led by DLR, MPS, CNES and ASI. Rosetta will be the first mission in history to rendezvous with a comet, escort it as it orbits the Sun, and deploy a lander to its surface.

The scientific imaging system OSIRIS was built by a consortium led by the Max Planck Institute for Solar System Research (Germany).