Elon Musk’s SpaceX is preparing for as many as four of their Falcon 9 rockets for launch next month, reports journalist Chris Forrester, filing at Advanced Televison.

Already in the manifest is the launch of a condominium satellite (Japan’s JSAT-18/Kacific) joint mission that is slated for liftoff around December 15th.

Earlier than that will see SpaceX on December 4th launch a Dragon re-supply mission to the International Space Station (ISS), no doubt carrying a few Christmas goodies for the astronauts on board. This will be the 19th such launch to the ISS since October of 2012. 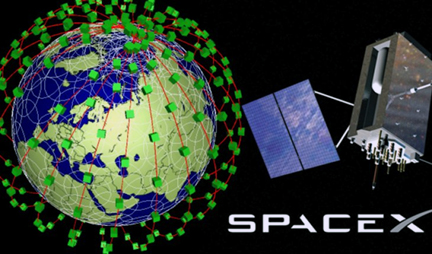 SpaceX is also planning a test flight for a high-altitude “abort test” of the company’s Dragon proposed crew spacecraft.

Then, before year-end, SpaceX will launch their latest batch of Starlink LEO broadband satellites. It’s likely that the Falcon rocket will carry around 60 of these smallish, 600 lb. craft to join the 120 already in orbit.

SpaceX is on record as stating their launch rate will increase in 2020 with up to 24 Starlink missions as well as its other commercial and NASA obligations.