NASA ...Nothing Square About These 28 CubeSats...Small But With Big Plans At ISS 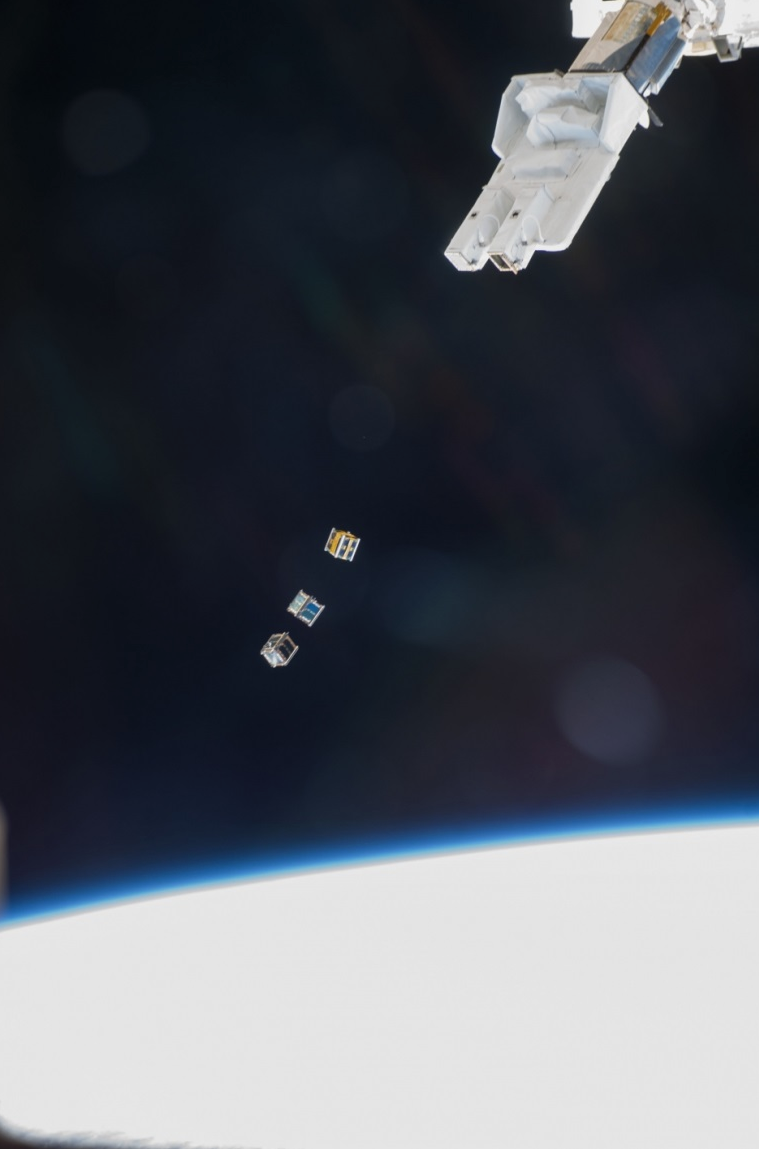 [SatNews] ... is the first CubeSat that the general public can interact with through a smartphone interface.

Two experiments and a constellation of 28 "Dove" satellites designed by San Francisco companies are among the cargo that arrived at the International Space Station Sunday, Jan 12, 2014, on the Orbital-1 cargo resupply mission.

The "ArduSat-2" experiment, designed by NanoSatisfi Inc., will be flown as part of the NanoRacks-ArduSat-2 payload. This experiment seeks to test advanced electronics and hardware from Earth in the space environment. ArduSat-2 is particularly notable for having been funded using crowdsourcing techniques.

The "SkyCube" experiment, designed by Southern Stars Group LLC, is part of the NanoRacks-SkyCube payload. This experiment seeks to demonstrate what a small, low-budget satellite can do by performing three tasks: broadcasting tweets from space, taking pictures from orbit, and inflating a balloon to deliberately deorbit itself. SkyCube is the first CubeSat that the general public can interact with through a smartphone interface, and aims to bring the concept of CubeSats into the American public consciousness.

The satellite constellation, entitled "Flock-1," designed by Planet Labs, is as part of the NanoRacks-Planet Labs-Dove payload. This constellation seeks to collect Earth imagery with a resolution of approximately 10 to 16 feet (three to five meters) at a global-scale with a revisit rate currently unprecedented among existing government or commercial satellite systems.

This payload will enable imagery of the entire changing planet to be taken on a frequent basis, with humanitarian and environmental applications ranging from monitoring deforestation and the ice caps to disaster relief and improving agriculture yields in developing nations. 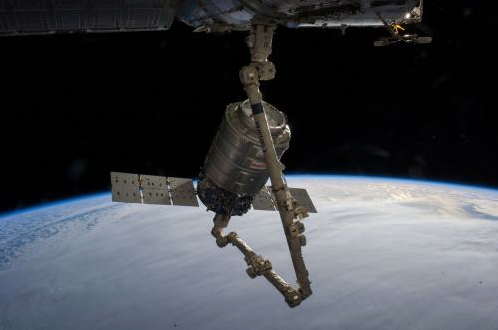 The Orbital Sciences Corp. Cygnus commercial cargo craft attached to the end of the Canadarm2 robotic arm of the International Space Station is photographed by an Expedition 38 crew member during rendezvous and berthing operations on January 12, 2014. Credit: NASA

Orbital developed its Antares and Cygnus with NASA and successfully completed a test mission to the space station in September, enabling the first of eight planned contract resupply flights by the company. The capsule is scheduled to remain attached to the station through mid-January. It then will return for a destructive reentry in Earth's atmosphere.

The space station is a convergence of science, technology and human innovation that demonstrates new technologies and makes research breakthroughs not possible on Earth. The space station has had continuous human occupation since November 2000. In that time it has been visited by more than 200 people and a variety of international and commercial spacecraft. The space station remains the springboard to NASA's next great leap in exploration, including future missions to an asteroid and Mars.

Learn much more about these nano sats and other experiements at.