This Satellite Will Deliver Twice the Capability of the Current Constellation


The next satellite in the Air Force’s Wideband Global SATCOM family of satellites will be able to deliver twice the capability of the entire constellation to war fighters thanks to commercial technology. 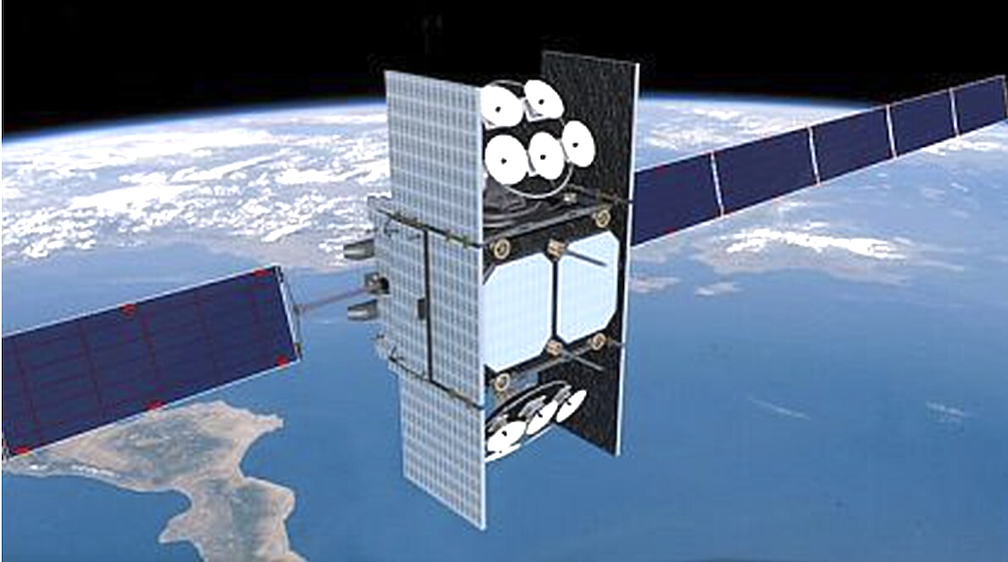 The 11th Wideband Global SATCOM satellite will be able to use beam forming and other commercial technology to deliver more capability to the war fighter. (Air Force Space Command)

WGS 11, which is slated for delivery from prime contractor Boeing in 2023, will provide more coverage beams and more beam formed bandwidth than previous WGS satellites, the Air Force’s Space and Missile Systems Center announced in a January 2 press release. Those new capabilities will allow operators to create unique areas of coverage anywhere within the satellite’s field of view and custom designed for the mission at hand.

WGS is the military’s primary system for providing voice, video and data communications for war fighters around the globe. The constellations uses 10 satellites in geostationary orbit to provide flexible, high data rate communications. The program’s 10th satellite was officially handed over to the Air Force in July, adding 17 percent more throughput to the system.

The Space and Missile Systems Center has designated WGS 11 and 12 as a Pacesetter program, meaning that those satellites will be developed and launched more rapidly than previous space vehicles. The Air Force and Boeing are building WGS 11 on an aggressive five year schedule, with a $605 million contract modification awarded to the company in April. Work is expected to be completed in November 2023. Air Force officials said the satellite will have to adopt commercial technology in order to meet that schedule.

WGS 11 recently completed its systems requirements review, and production has begun on Pathfinder hardware units that are meant to reduce risk on the final production build of the satellite.

That 10th satellite was originally expected to be the final satellite in the WGS constellation, with the Air Force expected to either acquire a new satellite communications system or rely more heavily to commercial providers. But in 2018 Congress overrode the Air Force and added funding for two more satellites. Accordingly, Boeing was awarded a $605 million contract modification in April 2019 to produce the 11th satellite on an aggressive five year schedule, with work expected to be completed by November 2023.

It’s not entirely clear what will follow. According to a recent Government Accountability Office report, the military expects its WGS capabilities to begin degrading in the 2020s. While acquiring additional WGS satellites could extend those capabilities, at some point the Pentagon must determine whether it will acquire a new system, rely more heavily on commercial satellite communications services, or embrace a combination of the two. The report noted that in order to maintain government satellite communication capabilities in the 2030s, the government would need to begin launching new satellites in the late 2020s.

The GAO reports the Pentagon completed an analysis of alternatives looking at those options in 2018, but ultimately determined that it needed more information before making a decision.