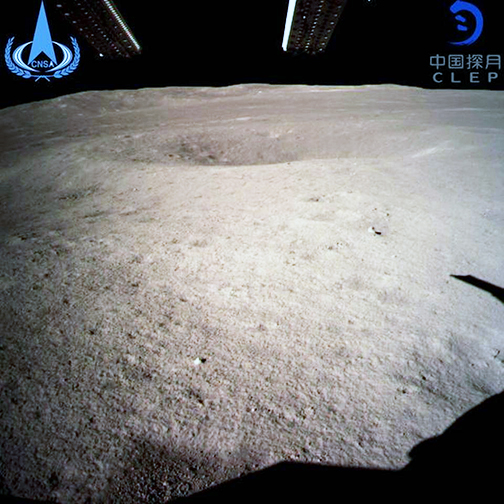 n this photo provided by the China National Space Administration via the Xinhua News Agency offers the China's Chang'e-4 probe's first captured image of the moon's far side.

On January 3, the Chang'e-4 lunar rover shaped space and Chinese history by successfully completing the first-ever soft landing on the far side of the moon —  close-up images of the previously unexplored region of the moon were then captured by the rover and relayed to Earth.

Named after a Chinese moon goddess, and comprised of a lander and a rover, the touchdown occurred at the pre-selected landing area at 177.6 degrees east longitude and 45.5 degrees south latitude on the far side of the moon at 10:26 a.m. (Beijing time), this according to the China National Space Administration (CNSA).

NASA congratulated Chinese scientists on this success, which is actually the fourth lunar probe launched by the nation. The robotic spacecraft is carrying instruments to analyse the unexplored region’s geology and will conduct biological experiments. The first-ever soft landing is a major milestone in space exploration because, unlike previous moon missions that have landed on the Earth-facing side, this is the first time any craft has landed on the unexplored and rugged far side of the moon. The China Daily infosite posted that this successful landing formally inaugurated the world’s first expedition to the far side that never faces the Earth and is expected to fulfill scientists’ long-held aspiration to closely observe the enormous region. 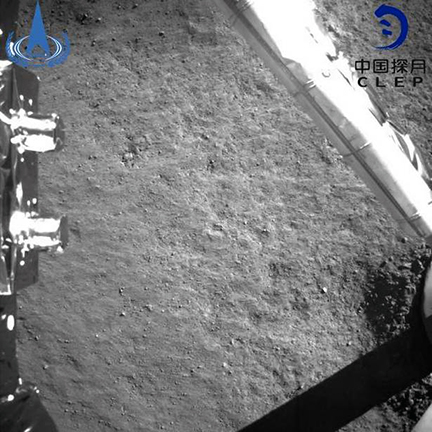 In this photo provided by the China National Space Administration via the Xinhua News Agency, an image taken by the Chang'e-4 rover captured the landing site on the far side of the moon.

The probe was launched by a Long March-3B carrier rocket on December 8, 2018, from the Xichang Satellite Launch Centre in Sichuan Province and landed on the Von Karman crater in the South Pole-Aitken basin and then sent back a picture of the landing site that was captured by one of the monitor cameras on the probe’s lander, marking the world’s first image taken on the moon’s far side.

The picture shows the place where Chang’e-4’s rover will be traveling to roam and survey. Tidal forces on Earth slow the moon’s rotation to the point where the same side always faces Earth. The other side, most of which is never visible from Earth, is the far side of the moon.

Chang’e-4 includes two main components include the main lander that weighs approximately 2,400 pounds and a 300 pound rover. By comparison, NASA’s Opportunity rover on Mars weighs about 400 pounds and the Curiosity rover on that planet is much larger, weighing 2,000 pounds.

The spacecraft is largely a clone of Chang’e-3, which landed on the moon in 2013. Named after the goddess of the moon in Chinese legends, the first Chang’e spacecraft was launched in 2007 to verify China’s lunar probe technology, obtain lunar images and perform scientific surveys.

Then the Chang’e-2 followed in 2010 to capture high definition images of the moon and to investigate landing conditions for the Chang’e 3, which landed on the moon in 2013. Chang’e-3 released the first Chinese lunar rover, Yutu, on the moon where the vehicle worked for 1,000 days. 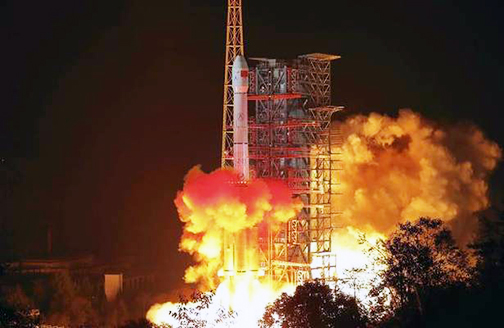 Photo of the Chang'e-4 lunar probe launch from the the Xichang Satellite Launch Center in southwest China's Sichuan Province that occurred on December 8, 2018.

Photo is courtesy of the China National Space Administration.

Chang’e-4, this fourth lunar probe launched by China since this program was initiated in 2004, has four scientific payloads that were developed by scientists from the Netherlands, Germany, Sweden and Saudi Arabia. Chang’e-4 is the fourth lunar probe launched by China since the country’s lunar program was opened in 2004. The scientific tasks of the Chang’e-4 mission include low-frequency radio astronomical observation, surveying the terrain and landforms, detecting the mineral composition and shallow lunar surface structure, and measuring the neutron radiation and neutral atoms to study the environment on the far side of the moon, according to CNSA.