[SatNews] "Space is hard, and accidents like this remind us that any number of things can go wrong on our way to achieving our dreams."

Executives at Deep Space Industries lamented the loss of Planetary Resources ARKYD 3 that was destroyed during the launch of Orbital Sciences’ Antares rocket, which exploded six seconds after lift-off on the evening of October 28, 2014. 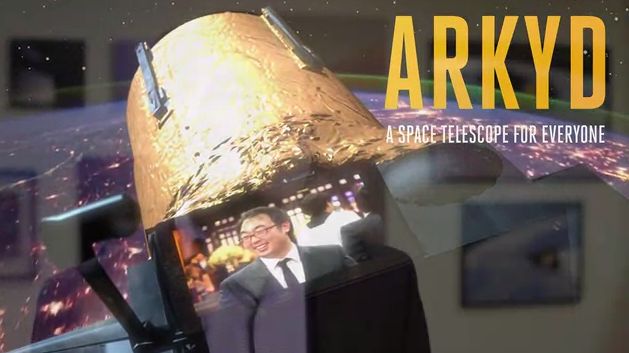 "We stand with our brothers and sisters at Planetary Resources on the loss of their first ARKYD spacecraft in today's accident at Wallops Island," said Deep Space CEO Daniel Faber. "We know how hard they have been working, and the high expectations we all had for their first mission. Even as we design and prepare our own spacecraft, we recognize that a loss for one of us is a loss for all."

The ARKYD 3, a small test vehicle for future asteroids missions, was to be carried to low Earth orbit aboard the Orbital Sciences Antares launch vehicle, whose main payload was the Cygnus re-supply module destined for the International Space Station. The small ARKYD spacecraft was to have been the first of a series of orbital test flights scheduled for Planetary Resources, while Deep Space Industries’ test flights will begin in 2015.

"We are not competitors as much as we are compatriots, working towards the same goal: the opening of space for humanity.  Both companies are attempting to prove that our goals are not just possible, but will become profitable." said Chair Rick Tumlinson. "Space is hard, and accidents like this remind us that any number of things can go wrong on our way to achieving our dreams. We are sure they will continue to move ahead, and look forward to continuing our friendly race to harvest the resources of space."

Deep Space Industries is moving ahead on its own plans to launch experimental spacecraft into low Earth orbit in the near future. Like PRI, the company will be "hitching" rides on larger space missions, and using relatively low cost, miniaturized systems to realize capabilities that once required major space systems. Deep Space seeks to harvest the vast resources of space, thus starting new industries, creating incredible returns for their investors, lowering the costs of space travel, and opening the frontier to humanity.

More information about Deep Space is at http://deepspaceindustries.com