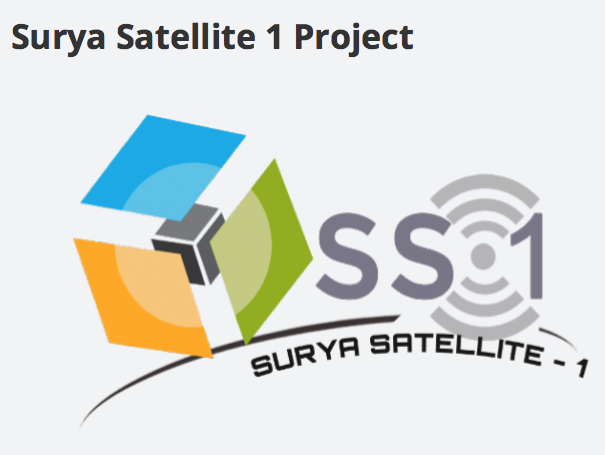 The result of a decision made from the United Nations Office for Outer Space Affairs (UNOOSA) and the Japan Aerospace Exploration Agency (JAXA) has resulted in the formation of a team of students from Surya University in Indonesia for the UNOOSA-JAXA KiboCUBE program. Thanks to the KiboCUBE program, Surya University’s cube satellite — Surya Satellite 1 (SS-1) — will be the first cube satellite developed by an Indonesian University to be launched into space.

The history of the KiboCUBE program began in 2015 by UNOOSA and JAXA when they offered educational and research institutions from developing countries the opportunity to develop cube satellites (CubeSats) for deployment from the International Space Station (ISS).

The cube satellite will be equipped with an Automatic Package Reporting System (APRS) that works on amateur radio frequencies. This will enable the cube satellite to transmit APRS messages to ground stations. Furthermore, SS-1 will be designed for a two-way communication use for educational and disaster mitigation purposes, which can be carried out by anyone with a valid amateur radio call sign.

"Let’s support this nanosatellite development project so Indonesia [is] able to compete with other countries in the communication field ! Starting Up !" Photo is from Surya Satellite 1 blog

Surya University is the second team selected for round three of KiboCUBE. A team from the Mauritius Research Council was selected and announced in June. Due to the large number of well qualified applications for this round, UNOOSA and JAXA agreed to find an additional opportunity for a second entity from the third-round applicants, resulting in Surya University’s selection.

UNOOSA Director Simonetta Di Pippo said it was heartening to see such great applications for round three of the KiboCUBE program, and she is pleased that UNOOSA and JAXA have been able to select an additional entity to benefit from the program this year. The selection of Surya University for this opportunity will contribute to the development of skills and expertise in space science and technology in Indonesia, and indeed in the wider region. This is another positive step in UNOOSA’s worldwide capacity-building efforts and contribution to the Sustainable Development Goals, including Goal 4 on “Quality Education” and Goal 9 on “Industry, Innovation and Infrastructure”. She remains appreciative of JAXA’s ongoing support to UNOOSA and their work, and she looks forward to seeing more exciting results when Surya University’s cube satellite is launched from the ISS.

JAXA Vice President Koichi Wakata said that JAXA is pleased to announce that the team from Surya University of Indonesia has been chosen to join the third selection round of the KiboCUBE program. It is exciting to see the Japanese “Kibo” Module’s continued utilization as a new gateway for the emerging space-faring nations to access space, following the successful deployment and operation of the first Kenyan satellite, which was selected as the first KiboCUBE and deployed from the ISS in May of this year.  He hopes that the selection of Surya University in the KiboCUBE program will help advance the Indonesian space technology and extend Kibo’s role in the ISS utilization in the future.

Professor of Surya University Sunartoto Gunadi said that Indonesia, a nation composed of more than 13,000 islands, is keen to leverage science and technology to benefit its people and contribute to the development of humankind. Education, which is the mission of Surya University, is essential for promoting scientific advancement and for developing their greatest abilities. UNOOSA and JAXA are extraordinary partners to Surya University to realize the dream of developing a satellite. They thank the agencies for this opportunity and look forward to working together.

The first round of the KiboCUBE initiative enabled a team from the University of Nairobi in Kenya to develop a cube satellite that was successfully launched from the ISS on May 11, 2018. It was Kenya's first satellite, and the first space hardware ever deployed under the auspices of the United Nations.

A team from the Universidad del Valle de Guatemala was selected for the second round of the initiative. Their satellite is expected to be deployed later in 2018, subject to the ISS operational requirements and progress of the CubeSat development.