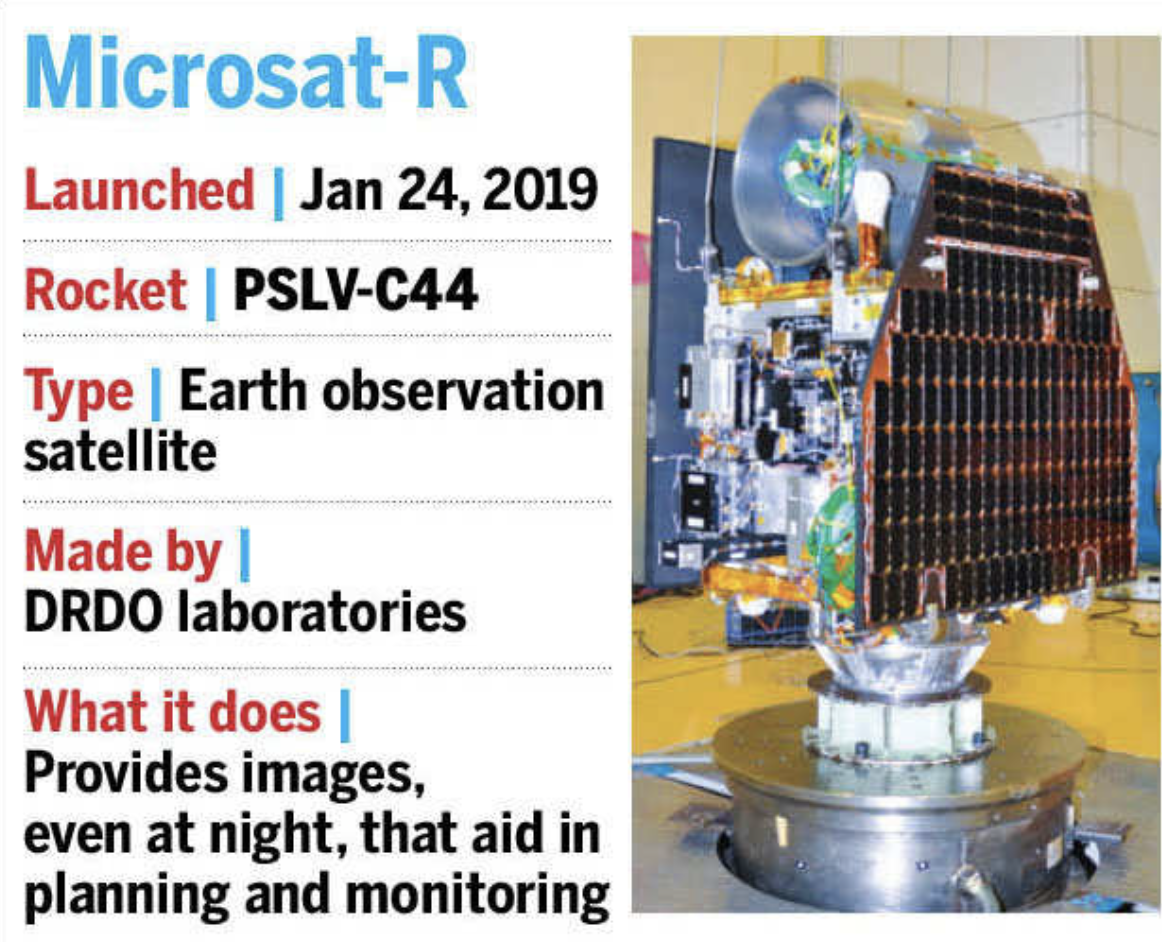 The Indian Air Force is happy with ISRO. An Air Marshal commanding a top facility said last week: “Do we need more satellites? Yes. But nearly 70 percent of our demand has already been met and we are on track.”

That India’s space capabilities allow its armed forces to be more effective in planning is no secret. But here’s the extent of India’s reach: Information accessed from the Indian Space Research Organisation (ISRO) shows satellites keep a watch over Pakistan and provide high definition mapping of 87 percent of its land area, providing vital inputs to the armed forces’ operations like the Balakot airstrikes.

India has similar capabilities for other neighboring nations — satellites can map about 5.5 million sqkm of land spread across 14 countries — but details about China were not immediately available. “This coverage is just from the CARTOSAT satellites. There are services that ISRO provides on which we can’t comment,” a source said. 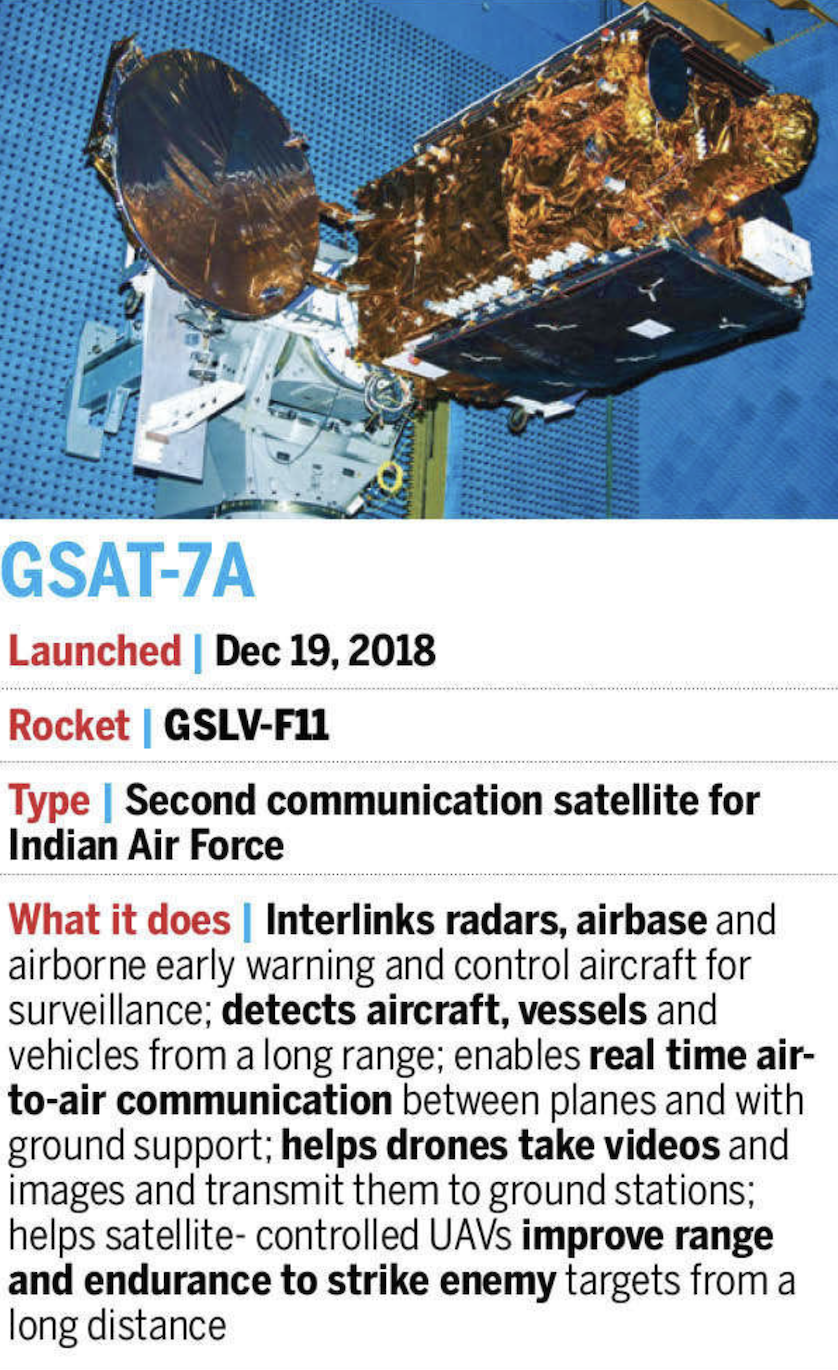 On January 17, junior space minister Jitendra Singh said India can peep into Pakistan homes and it appears he wasn’t joking. “India’s integrated border management system allows India to look into verandas and rooms of houses in Pakistan,” he had said.

The Indian Air Force is happy with ISRO. An Air Marshal commanding a top facility said last week: “Do we need more satellites? Yes. But nearly 70 percent of our demand has already been met and we are on track.” 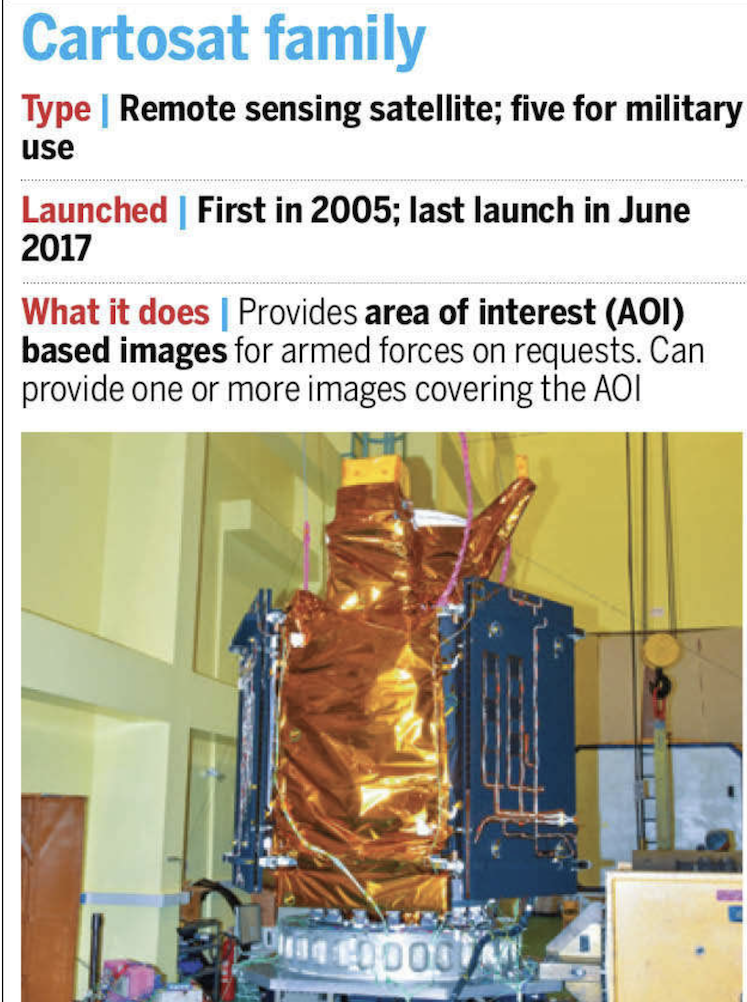 Among the major satellites that have helped the armed forces are the series of CARTOSAT satellites, GSAT-7 and GSAT-7A, Indian Regional Navigation Satellite System (IRNSS) constellation, the MICROSAT, RISAT and the most recently, HysIS. If one counts individual spacecraft, then more than 10 operational satellites are of use to the military.

As reported by TOI first, the first major use of the CARTOSAT satellites had aided India’s surgical strikes across the LOC in September 2016. CARTOSAT provides ‘area of interest’ (AOI) images based on specific requests. According to the National Remote Sensing Centre in Hyderabad, AOI products are of two types — standard and precision-based Ortho (where images taken from space are corrected to have a uniform scale) — both of which are useful for the forces. Ortho rectified products are corrected for terrain distortions and camera tilt effects.

By Chethan Kumar, Times of India