[SatNews] “..We know the engine did not explode, because we continued to receive data from it.”...

The Dragon spacecraft is on its way to the International Space Station this morning and is performing nominally following the launch of the SpaceX CRS-1 official cargo resupply mission from Cape Canaveral, Florida at 8:35PM ET Sunday, October 7, 2012. 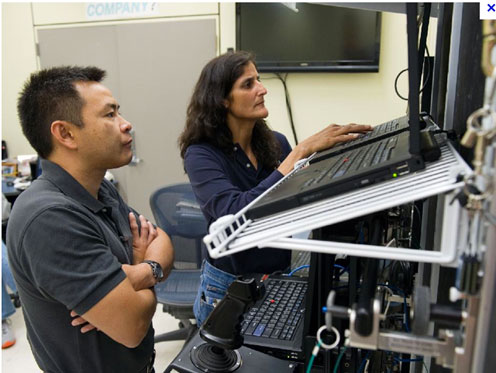 Approximately one minute and 19 seconds into last night’s launch, the Falcon 9 rocket detected an anomaly on one first stage engine. Initial data suggests that one of the rocket’s nine Merlin engines, Engine 1, lost pressure suddenly and an engine shutdown command was issued immediately. We know the engine did not explode, because we continued to receive data from it. Our review indicates that the fairing that protects the engine from aerodynamic loads ruptured due to the engine pressure release, and that none of Falcon 9’s other eight engines were impacted by this event. 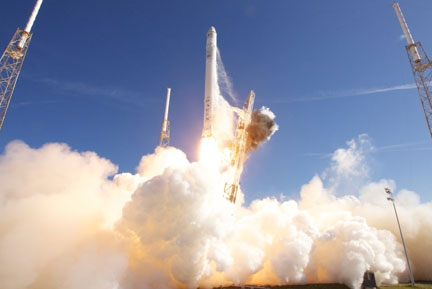 Falcon 9 rocket carrying the Dragon spacecraft as it lifts off from SpaceX's launch pad in Cape Canaveral, Florida. Launched October 7

As designed, the flight computer then recomputed a new ascent profile in real time to ensure Dragon’s entry into orbit for subsequent rendezvous and berthing with the ISS. This was achieved, and there was no effect on Dragon or the cargo resupply mission.

Falcon 9 did exactly what it was designed to do. Like the Saturn V, which experienced engine loss on two flights, Falcon 9 is designed to handle an engine out situation and still complete its mission.

We will continue to review all flight data in order to understand the cause of the anomaly, and will devote the resources necessary to identify the problem and apply those lessons to future flights. We will provide additional information as it becomes available.

Dragon is expected to begin its approach to the station on October 10, where it will be grappled and berthed by Akihiko Hoshide of the Japan Aerospace Exploration Agency and Expedition 33 Commander Sunita Williams of NASA. Over the following weeks, the crew will unload Dragon’s payload and reload it with cargo to be returned to Earth. Splashdown is targeted for October 28.