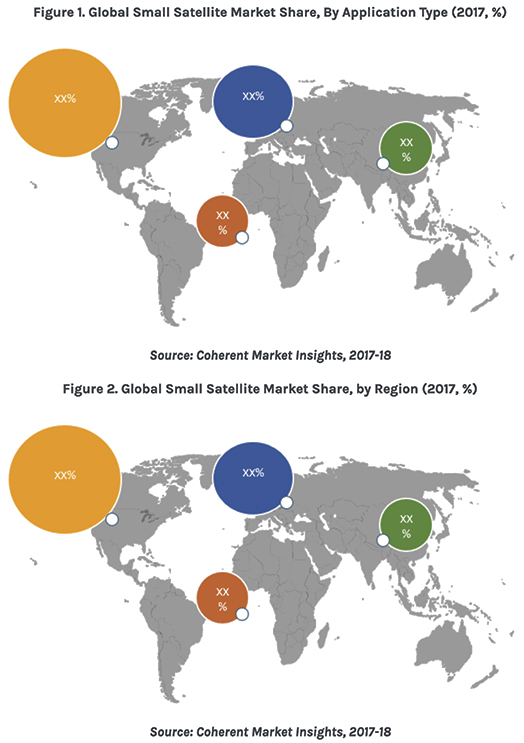 The decline in cost of satellite launching, technological innovations, such as IoT, 3D printing and satellite miniaturization, increasing need for crop and natural disaster monitoring and the steady demand for satellites for R&D are some of the factors driving smallsat market growth. According to Coherent Market Insights analysis, around 7,000 smallsats are expected to be launched at an average of 580 smallsats, annually by 2022, and 820 smallsats annually by 2027. Smallsats can be used in various applications such as Earth Observation (EO), communication, and data collection services.

Increase in funding for research and development of smallsats is expected to boost the market growth. For instance, in September of 2018, France’s The National Center for Space Studies (CNES) had set an $103.7 to $129.63 million fund named CosmiCapital that focuses on space and space applications. In the U.K., the $90 million Seraphim Space Fund that is managed by Seraphim Capital was launched in 2017.

Miniature satellites leverage advances in computation and packaging to produce sophisticated to produce mission capabilities. Moreover, they can ride share with other space missions and they offer private companies, universities, and government space agencies the ability to perform space missions. However, a lack of dedicated launch vehicles, design related restrictions, programmatic risks, are some of the factors that may affect market growth.