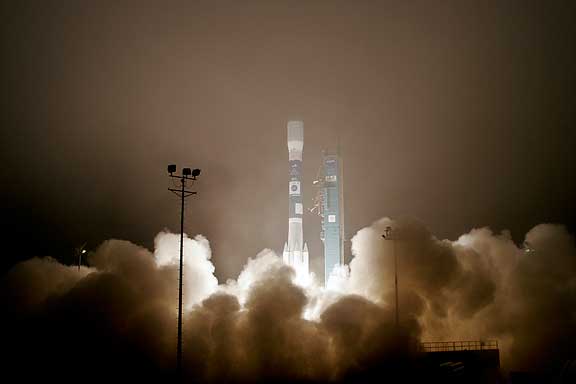 The mission was procured by Boeing Launch Services and was launched for the Italian Space Agency, the Italian Ministry of Defence and Thales Alenia Space.

The first Delta launch took place on May 13, 1960. The Delta II used today has demonstrated a 98.6 percent success rate and, while ULA launches one mission at a time, COSMO-SkyMed 4 marks the 93rd successful launch of a Delta II dating back to 1997.

“Today’s successful launch of the Cosmo-SkyMed-4 mission was the 350th Delta launch, which has provided an exceptional highlight to the year-long 50th anniversary celebration of the Delta program,” said Jim Sponnick, ULA vice president, Mission Operations. “The Delta system has achieved an extremely impressive track record of mission success over the last five decades. This achievement was made possible by the outstanding skills and hard work of our engineers and technicians along with the tremendous support we receive from our government, industry, and supplier mission partners. The ULA team is very pleased to have successfully launched the fourth COSMO-SkyMed satellite for Boeing, the Italian Space Agency, Ministry of Defence and Thales Alenia Space.” 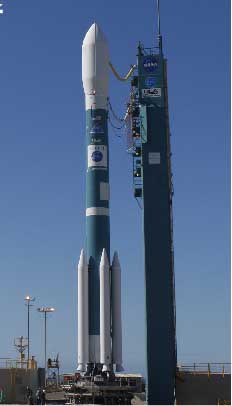 COSMO-SkyMed 4 is the final satellite in the initial constellation for this system. Each of the four satellites is equipped with a high-resolution Synthetic Aperture Radar operating in X-band. The overall objective of the program is global Earth observation and relevant data responding to the needs of the military and scientific community, as well as to the public demand for environmental control.

For more information on the ULA joint venture, visit the ULA Web site at.