World Teleport Association's 2019 Teleport Executive of the Year ... He is CETel's CEO

The World Teleport Association (WTA) has announced their 2019 Teleport Executive of the Year. To earn this honor the recipient has demonstrated entrepreneurship, leadership and innovation in the development or operation of a teleport-based business. The person who best fits this description has proven to be Guido Neumann, CETel's CEO, who will accept the award at the 2019 Teleport Awards Luncheon, on May 7th during the SATELLITE 2019 conference in Washington, DC. 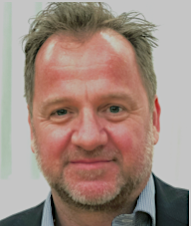 WTA executive director Robert Bell said that while deal making continues among the largest operators of teleports the backbone of the industry is made up of nimble and innovative midsize to small operators bringing unique value to the niches they serve. Guido is an industry veteran who has steered his company through multiple market changes to its current success.

With enduring entrepreneurial spirit, Mr. Neumann has managed CETel since its incorporation in 2005. Even under harsh economic conditions that teleports have been faced with around 2012, he maneuvered CETel safely, successfully and profitably and created what CETel is today: a leader in delivering tailored end-to-end managed communications solutions. As a true business leader, he sets sail to all important events in the industry to promote CETel wherever possible.

Mr. Neumann proactively contributes to strengthening the relationship between service providers and satellite operators. His natural desire for business transactions has led him to engage in merger and acquisition projects and resulted in several profitable deals, such as the French Geolink Satellite Services, the Swiss Paradox Engineering VSAT Business and Onlime Managed Satellite Services from UK.

In 2018 the CETel opened its doors to local schools in order to promote professions related to teleport operations such as RF engineering, IT administration, and NOC support. Besides managing, leading and further growing CETel and his passion about the global satellite industry, Mr. Neumann’s focus lies on his charitable foundation, actively supporting humanitarian help and the protection of animals and nature.

In addition to Mr. Neumann, the list of Teleport Executive of the Year alumni includes: