Kleos Space Incorporates as a U.S. Subsidiary to Qualify Sales Into U.S. Defense and Government Agencies

This company, headquartered in Luxembourg, will now be able to integrate and sell its maritime ISR data into U.S. defense and security government departments, agencies and industry. 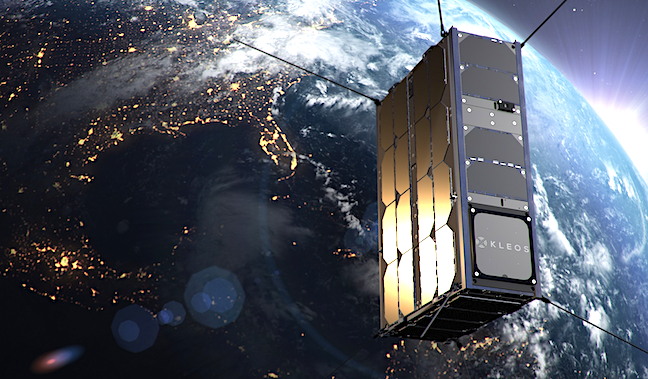 The plan is that the U.S. subsidiary, Kleos Space Inc. (Kleos U.S.), will provide Kleos access to government funding and projects which are otherwise restricted to U.S. entities. For example, the Small Business Innovation Research (SBIR) funding, the U.S. Air Force Accelerator program or other grants from various U.S. federal defense projects, contributing to scientific or technological advances.

The SBIR program accelerates development and production of promising technologies that can be used by the U.S. Department of Defense, which enables small businesses and start-ups to explore their technological potential and provides the incentive to profit from its commercialization.

The U.S. subsidiary will continue Kleos’ existing work with the USAF Catalyst Accelerator and SBIR, leveraging the achievements of its SBIR Phase 1 contract with the aim of securing a Phase 2 contract which includes SBIR funding of up to US$3 million (~2.72 EUR million) through the U.S. technology accelerator, Ithaca Solutions.

The Kleos Scouting Mission1 is on track to launch from Chennai, India, in the fourth quarter of 2019 and Kleos U.S. enhances the Kleos’ marketing strategy to target the US$692 billion (~628 EUR billion) U.S. national security budget (Bryce 2019).

Karyn Hayes-Ryan, Head of Kleos US Strategy, has been appointed Director of Kleos US. A former intelligence community and Department of defense senior executive. She is experienced in ISR as well as Federal Acquisition Regulation, procurement and integration.

Karyn said that a U.S. entity in the world’s largest defense market allows them to work closely with government agencies to improve the U.S.’s international maritime surveillance and reconnaissance capabilities, supporting its defense services both locally and abroad. A local enterprise with appropriate security clearance, innovation and technical capability also provides opportunities to collaborate on funded projects with defense entities within the national security framework.

Kleos Executive Chairman, Air Commodore Peter Round (Ret), will act as interim CEO of Kleos U.S. while a U.S. citizen is recruited. Peter has more than 30 years’ military experience as well as five years as the European Defense Agency Capability and Technology Director, he was on the Board of UKMFTS, the largest UK PPP and experience of Directorship in a U.S. Corporation.

1 The multi-satellite Scouting Mission system will form the foundation of a constellation that delivers a picture of hidden maritime activity, enhancing the intelligence capability of government and commercial entities when AIS (Automatic Identification System) is defeated, imagery is unclear, or targets are out of patrol range. The first scouting mission is made up of 4x nano-satellites built by GomSpace in Denmark.