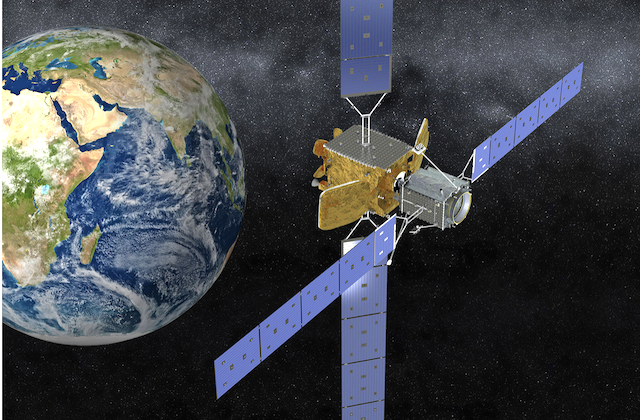 Space junk is hard to completely avoid when satellites can only carry so much fuel, but that might not be a problem for much longer. Northrop Grumman and NASA are launching a "first-of-its-kind" refueling vessel, the Mission Extension Vehicle, aboard a Russian rocket on October 9th. The inaugural MEV-1 will dock with an Intelsat satellite in three months' time and provide life-extending services over five years. After that, it should be free to help other satellites — it'll still have 10 years' worth of fuel.

A second spacecraft, MEV-2, will help another Intelsat satellite in 2020 and should have the same amount of leftover fuel. Both MEVs are flexible, too. They can dock with 80 percent of current geostationary satellites, even if they weren't designed for servicing.

If the MEV program ramps up, NASA could buy its services going forward. The agency is working on its own in-orbit service tech, such as refueling for satellites in low-Earth orbit.

Refueling vehicles like this could be vital going forward. They'd reduce the need for replacement satellites, of course, but they could also enable missions that wouldn't be practical with existing satellite lifespans. Scientists could conduct longer-term studies, for instance. While satellites ideally wouldn't need fuel in the first place, this is one step closer to making them more sustainable.