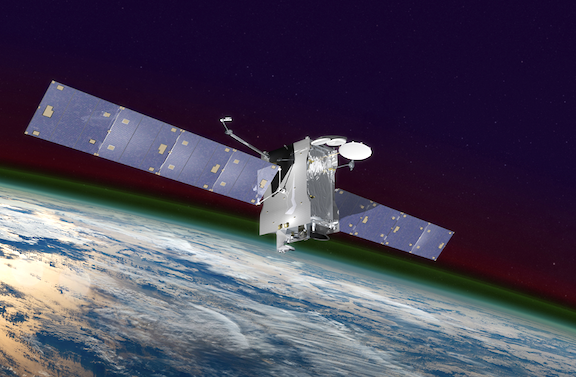 Satellite imagery could help farmers determine which varieties of crops grow best on their land. Photo courtesy of NASA.

While drones equipped with high-resolution cameras are well suited for observing plant development from far above, satellites could be the next leap ahead for farmers seeking to monitor their crops over large or scattered plots.

Sindhuja Sankaran, an associate professor in the Department of Biological Systems Engineering, and her team arrived at these conclusions as a part of their paper published in Computers and Electronics in Agriculture last month.

“When breeders have multiple location trials scattered across a large area to study the genotype-environment interactions, they need to go to each plot, take measurements, and record them in order to conduct phenotyping trials,” Sankaran said. “Most of their time is spent traveling, rather than collecting data. We felt that if it was possible to use high-resolution satellite imagery to make these observations, data could be captured in a much more efficient way.” 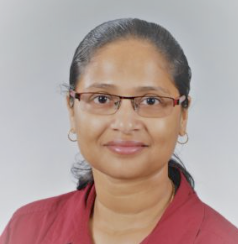 Sankaran’s research involves using sensors to identify desirable physical/agronomic traits of growing plants for the purpose of selecting the right varieties for cultivation. She has evaluated a variety of sensors — equipped in multiple platforms —from tractors to drones — as a way to reduce the amount of destructive and subjective observations breeders and farmers must do to check on their crops.

Sankaran’s latest research found that how different varieties of dry beans reacted to inhospitable ground conditions — specifically drought — were observable via images captured using drones. The team also simulated images at resolutions available satellites can capture, acquired complementary satellite data, and found that they too could be used to detect differences in dry bean varieties.

Washington State University’s Roza Research Farm in Prosser served as the field site for the research. A selection of two prominent dry bean families — Andean, which originate from South America and are generally less tolerant of the Pacific Northwest’s conditions, and Durango, which are well equipped to deal with the region’s environment — were evaluated under intermittent drought conditions.

Durango varieties include pinto and great northern beans, while kidney beans are perhaps the most well-known Andean variety, according to Phil Miklas, a research geneticist with the United States Department of Agriculture -Agricultural Research Service.

The Andean Diversity Plan struggled amid the conditions compared to the Durango panel, resulting in wider variation in traits denoting health and productivity. These results were observed using an unmanned aerial system, or drone, equipped with a multispectral camera, which captured crop differences between 60 and 75 days from being planted.

Sankaran is also a part of a WSU team currently evaluating the effectiveness of satellite imagesto study wheat varieties.

“The next steps are to conduct more trials under different conditions and to look at temporal data we collect over different plant stages,” Sankaran said.