Télécoms Sans Frontières’ (TSF) operations are carried out in agreement with the Office of the Government of the Chief Information Officer (OGCIO) of the Prime Minister of Vanuatu, and is supported under mandate of the European Commission Humanitarian Aid & Civil Protection (ECHO)

The severe tropical cyclone Pam entered in Vanuatu Territorial Waters on March 12, 2015 with 250km/h, or 155 mph winds that destroyed vast parts of the country, including a high impact on telecommunications infrastructures. These infrastructures are being reestablished little by little on a daily basis. Assessments are still underway, however some key figures can be found below:

There were two teams that shifted in and out to provide services and comfort. The emergency response team I: A team of 5 ICT specialists deployed to preposition in Brisbane on Sunday, March 15, 2015. The TSF team arrived on Monday the 16th in Port-Vila. 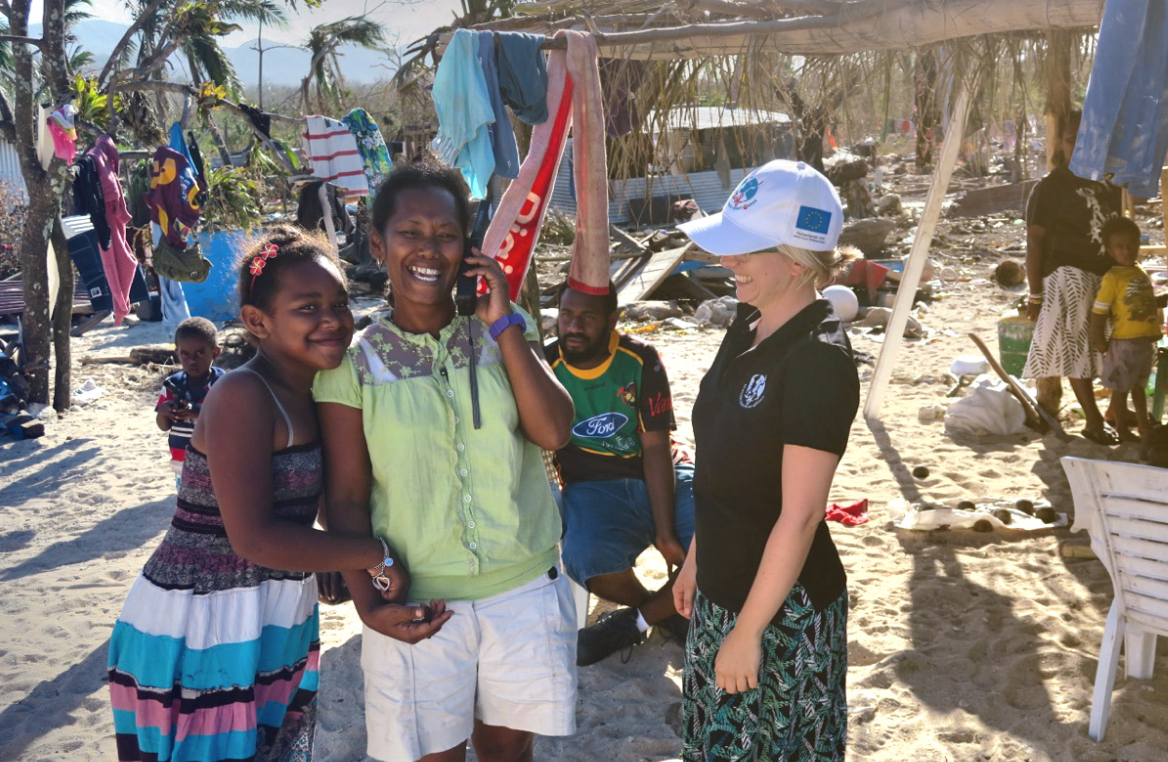 Within the framework of its operational partnership with the United Nations Office for the Coordination of Humanitarian Affairs (UNOCHA) TSF is integrated into Disaster Assessment and Coordination (UNDAC) teams and provides satellite communications means to support field assessments. TSF is also coordinating its operations with the Office of the Government of the Chief Information Officer (OGCIO), and has committed to providing data and voice services to six Provincial Emergency Operational Centers (PEOC) to communicate with the National Center (NEOC).

Within the framework of its partnership with the Emergency Telecoms Cluster (UNETC), TSF supports the agency by providing technical assistance as well as participating in ICT Working Groups and coordination meetings.

Field Assessments Communications from Telecoms Sans Frontiéres reports on their assistance after cyclone Pam hit Vanuatu, an island nation located in South Pacific Ocean. Assessments on the island of Espiritu Santo have shown that Digicell has completely reestablished its network and TVL's network is almost entirely recovered, however surrounding islands in the province of Penama remain out of coverage.

Penama A TSF team will be assessing the telecom situation as it stands in the Penama province, focusing on the islands of Pentecost, Aoba and Maewo. N.B. Logistical constraints mean that assessments will only be able to commence as of Wednesday (March 25).Humanitarian calling operations (HCO) – Free priority IsatPhone calls for affected populations2

Northern  Efate lists two days of operations in the north of Efaté on Saturday March 21 revealed, no/partial coverage in the northern areas of the island. 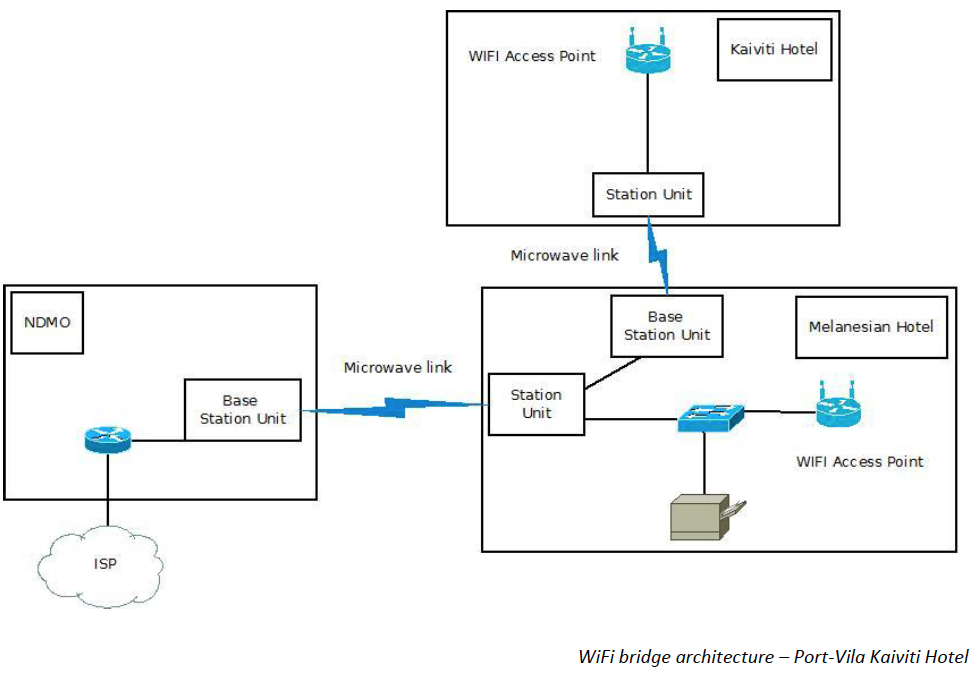 With NGOs and United Nations Agencies centered in Port-Vila, alongside the Emergency Telecoms Cluster of the United Nations, TSF has put in place a WiFi bridge to create a common Internet connection for the coordination efforts of relief workers deployed in the area. The connection is available 24/7 and allows responders to communicate with their head and regional offices, send reports and manage day-to-day coordination.

UNETC communications support reports the United Nations Emergency Telecoms Cluster (ETC) has requested support from TSF in Tanna. A team has deployed alongside the ETC to provide Internet connectivity via BGAN within a coordination hub set up on the island.

Northern Provincial Hospital – Luganville, Sanma reveals an IsatPhone has been provided to the Provincial hospital in Luganville for ordering medical supplies from the capital and management of victims transported in planes and helicopters

With the GSM network still out of service on Erromango, one team has been sent to the island on a flight chartered by CARE International to offer free telephone calls via IsatPhone to the affected populations. Four IsatPhones are currently deployed for this purpose in Erromango and operations should get underway on March 24.