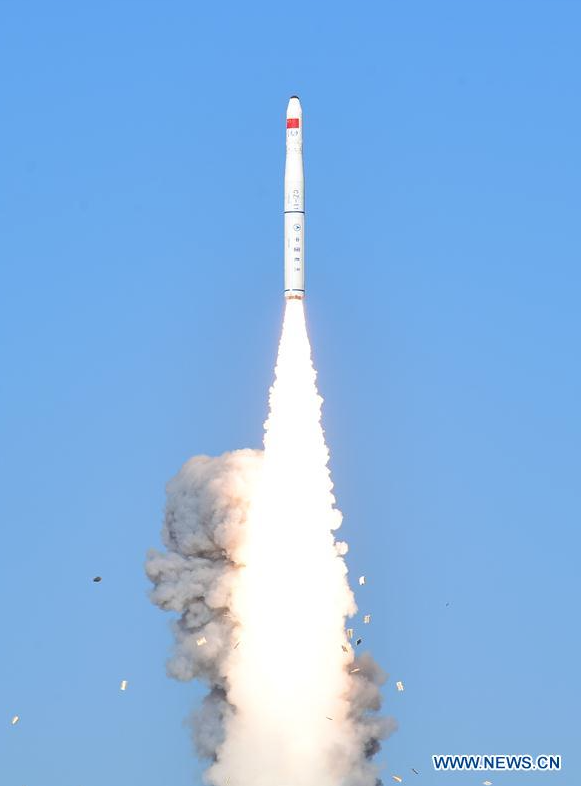 China launched two satellites for multispectral imaging on a Long March-11 rocket from the Jiuquan Satellite Launch Center in northwest China at 1:42 pm on Monday.

The satellites have successfully entered their preset orbit, according to the center.

Loaded with a multi-spectral imager and an infrared camera, they will form a network with the 10 previously launched Jilin-1 satellites, providing remote sensing data and services for forestry, shipping and resource and environmental monitoring.

Xiaoxiang-1 03 is a technology test satellite developed by Spacety Co., Ltd. based in Changsha, Hunan Province. It will be used to verify radio communication and small remote sensing experiments.

It is the 299th mission of the Long March carrier rocket series.