James Webb Telescope Being Prepped for Milestone Liftoff by Arianespace 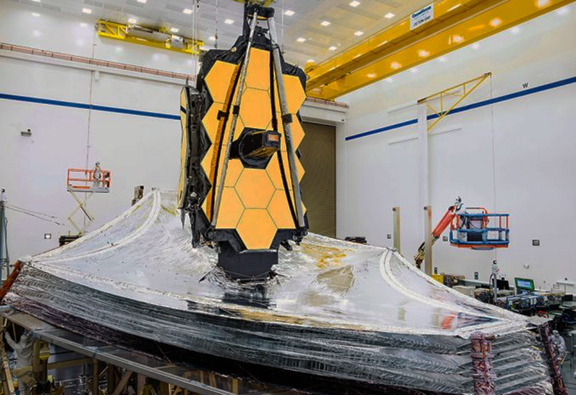 With multiple pre-flight milestones achieved in recent months, the James Webb Space Telescope (JWST) – which will succeed the Hubble Space Telescope – is on course for its historic launch by Arianespace on an Ariane 5.

As the world’s premier space science observatory, the JWST will solve mysteries of the solar system, look for distant worlds, and probe the mysterious structures and origins of the universe.

It is an international project led by the U.S. National Aeronautics and Space Administration (NASA) – along with its partners, the European Space Agency (ESA) and Canadian Space Agency (CSA).

Arianespace is performing the launch on behalf of ESA, within the agency’s scope of its collaboration with NASA. The mission – currently planned for 2021 – underscores Arianespace’s ability to serve institutional clients while also expanding humankind’s knowledge of the universe to make life better on Earth.

After deployment by Ariane 5 from the Spaceport in French Guiana, the JWST will travel to near the second Lagrange point (L2) of the Earth-Sun system (1.5 million kilometers from Earth, directly opposite the Sun), where the telescope will circle about the L2 point in a halo orbit.

Kicking off a series of launch preparation achievements, the two components comprising the JWST – the spacecraft and its telescope – were integrated for the first time in late August. This activity took place at the Redondo Beach, California facilities of U.S.-based Northrop Grumman, which leads the JWST industry team. 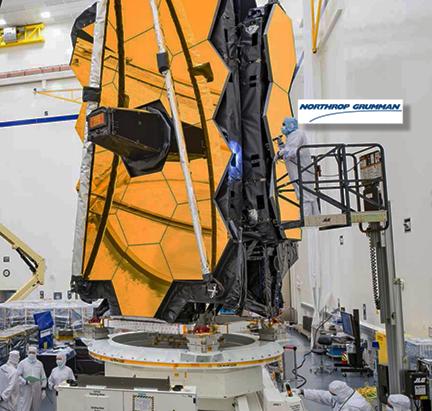 If any issues had been found during the evaluation, it would have given engineers more time to investigate and troubleshoot. In addition, this test provided a jumpstart for the separate spacecraft and telescope teams to begin working jointly as they will when the JWST is fully completed.

In October, the JWST passed a test critical to preparing the observatory for its 2021 Ariane 5 launch from French Guiana: deployment of its sunshield, which will protect the JWST’s mirrors and scientific instruments from light and heat while in orbit.

Shaped like a kite and sized at 22 X 10 meters, the sunshield’s five layers were fully deployed (and put under tension) during this continued activity at Redondo Beach, as engineers and technicians successfully put the sunshield into its operational position.

After the sunshield is returned to its stowed position for flight, the JWST will undergo comprehensive electrical tests, as well as a set of mechanical evaluations to simulate launch vibrations. There will be one final deployment and stowing cycle on the ground before its integration on Ariane 5.