Good News from NASA ... Chandra to Resume Working Again After Delay of Operations is Identified


The following positive information is from NASA's site revealing the reason for the delay in operations of Chandra's mission. Chandra's doing pretty good considering it is well past the projected observation life span.

October 23 Update: Our Chandra X-ray Observatory has returned to science operations. The observatory is specially designed to detect X-ray emissions from very hot regions of the universe such as exploded stars, galaxy clusters and matter around black holes. Additional details will be posted shortly. 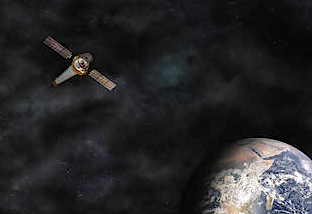 October 15 Update:  The cause of Chandra's safe mode on October 10 has now been understood and the Operations team has successfully returned the spacecraft to its normal pointing mode.

The safe mode was caused by a glitch in one of Chandra's gyroscopes resulting in a three-second period of bad data that in turn led the on-board computer to calculate an incorrect value for the spacecraft momentum. The erroneous momentum indication then triggered the safe mode. 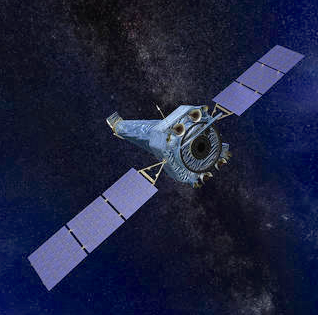 The team has completed plans to switch gyroscopes and place the gyroscope that experienced the glitch in reserve.

Once configured with a series of pre-tested flight software patches, the team will return Chandra to science operations which are expected to commence by the end of this week.

At approximately 9:55 a.m. EDT on October 10, 2018, NASA’s Chandra X-ray Observatory entered safe mode, in which the observatory is put into a safe configuration, critical hardware is swapped to back-up units, the spacecraft points so that the solar panels get maximum sunlight, and the mirrors point away from the Sun.

Analysis of available data indicates the transition to safe mode was normal behavior for such an event. All systems functioned as expected and the scientific instruments are safe. The cause of the safe mode transition (possibly involving a gyroscope) is under investigation, and we will post more information when it becomes available.

Chandra is 19 years old, which is well beyond the original design lifetime of five years. In 2001, NASA extended its lifetime to 10 years. It is now well into its extended mission and is expected to continue carrying out forefront science for many years to come.