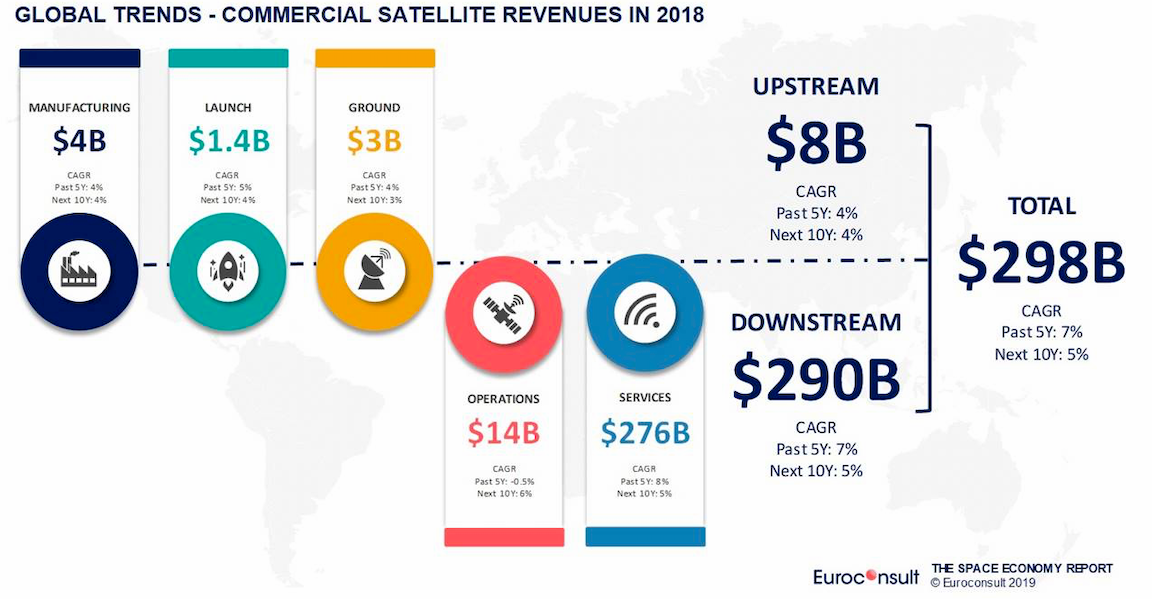 In its latest research titled, “The Space Economy Report 2019", previously named "Satellite Value Chain”, Euroconsult projects that the commercial space value chain will see steady growth over the next decade, reaching $485 billion by 2028.

Detailing key events from 2019 and their impact on the market, the report documents the last five years for historical trends and includes forecasts for each segment over the next 10 years. Previously called the Satellite Value Chain Report, the research has evolved to include more detail on the ground segment with an outlook on commercial ground stations and antennas for both Earth Observation and communications as well as an outlook for satcom user terminals.

Steve Bochinger, Editor-in-Chief of the Research and COO of Euroconsult stated that their Space Economy Report consolidates data from across their 2019 research to provide a broad perspective on key trends and indicators and an overview of the global industry landscape.

Stéphanie Willekens, Senior Consultant at Euroconsult and PM of the report added that the focus on the strategic segments of interest for governments, industry players and investors allows them to better understand the economics of the space value chain as it evolves.