The European Union's Copernicus Program Has A New Hub In Australia 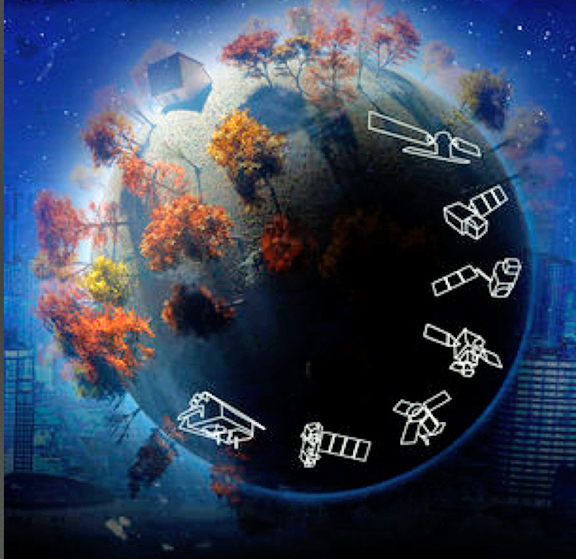 The National Computational Infrastructure (NCI) facility at ANU in Canberra is set to host a major regional data repository as part of the European Space Agency’s (ESA) Copernicus Earth observation satellite project, according to a published report at Australia's iTnews infosite.

Copernicus, which is comprised of six Sentinel satellites, is designed to supply data that can help policymakers develop environmental legislation or react to emergencies such as natural disasters or humanitarian crises. This regional hub will be Copernicus’ master data repository for the South-East Asia and South Pacific region, with NCI’s high-performance compute capabilities to be used to crunch data from the satellite program. The hub, which is set to go live on July 1, will initially host 220 terabytes of data, expanding to 7 petabytes over the next decade.

Satellite data for the regional hub will be collected through the ESA’s IntHub landing station, before being transferred to that Australia across two separate redundant intercontinental data paths through the GÈANT, Internet2, PacificWave and AARNET fibre networks.

The launch of the data hub builds on a 2015 agreement between Geoscience Australia and the European Commission to share information obtained through the program. Under the agreement, data obtained from the satellites can be used free of charge by academic researchers, federal and state agencies including Geoscience Australia and the CSIRO, as well as private sector organisations. The local repository means researchers and agencies using NCI facilities will be able to access information from the satellites locally without needing to download it from Europe.

Copernicus is one of the EU's two flagship space programs along with satellite-navigation initiative Galileo, which is designed to rival the US-owned GPS, Russia's GLONASS and the Chinese Beidou system. In addition to the Copernicus data, NCI currently stores 700 terabytes from the United States government’s decades-long LANDSAT program and approximately 353 terabytes from Japan’s Himawari weather satellites.

The first of the Copernicus satellites, Sentinel-1 satellite, was launched into orbit from the European spaceport in French Guiana in April of 2014, with ESA committing around 8.4 billion euros (A$12.8 billion) to fund the program until 2020.

“The regional data hub will also provide a high-performance environment in which all the data can be analyzed and applied at full scale to big regional challenges like the 'blue economy', sustainable livelihoods and climate change adaptation,” Geoscience Australia head of Earth and marine observations Adam Lewis said. “By enabling multiple user groups, from multiple countries, to come together and ‘work around’ such a comprehensive set of data, we are helping to make sure the full potential of the EU’s amazing program is realised and that regional partners can find regional solutions to regional challenges.”