India Will Receive Phalcon AWACS on May 18

India will get its first 'eye in the sky', the Phalcon Airborne Warning and Control Systems (AWACS), aircraft on May 18, which will provide the IAF means to track incoming missiles and look deep into the neighbouring countries without violating any air space. 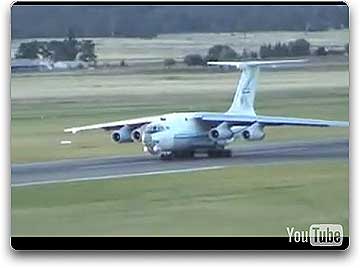 The first Phalcon was inspected by top Indian Defence officials who came here to check the specially modified Russian IL-76 aircraft and set May 18 as the delivery date.

"The other two aircraft would be delivered by Mid or late 2010, if everything goes on schedule," Defence sources said here today.

The delivery of the aircraft bought at a whopping price of $1.1 billion is almost a year and a half behind schedule. As per the tripartite deal between India, Russia and Israel, the aircraft should have been delivered by the end of March this year.

India and Israel are reported to be in advanced negotiations for the purchase of three more Phalcon AWACS, which the IAF proposes to integrate with other air and ground assets.

All the six AWACS would be linked with the country's first military satellite proposed to be launched by mid next year.

Courtesy: The Times of India