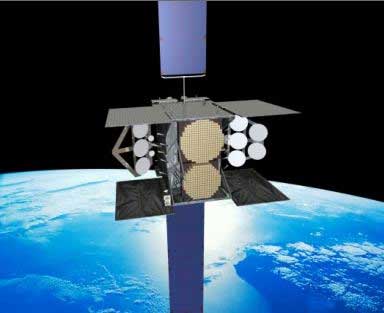 WGS will provide essential communications services for Combatant Commanders to command and control their tactical forces. Tactical forces will rely on WGS to provide high-capacity connectivity into the terrestrial portion of the Defense Information Systems Network (DISN).
[SatNews] Listed for launch next year, this satellite has arrived at its final destination on Earth.

The shipment of WGS-4 marks an important milestone for the spacecraft and launch campaign. Following arrival at the Shuttle Landing Facility, the spacecraft will undergo final processing, encapsulation and transport to the launch pad at Cape Canaveral Air Force Station, Florida. The launch is scheduled for January 19, 2012.