Ambitious plans and first-time happenings were announced at the annual IAF Spring Meetings by IAF President Jean-Yves Le Gall. The list of events is ambitious with plans that extend into 2020.

Mr. Le Gall announced that the Global Space Exploration Conference 2017, GLEX 2017, to be held in Beijing (China) on June 6-8, 2017, will offer a unique opportunity to attend the once-in-a-lifetime technical visits organized by the Chinese Society of Astronautics (CSA) to show and share with the world China’s space achievements. He also highlighted the huge importance of space exploration’s impact on our daily lives.

In its series of global conferences, the IAF is also currently organizing the Global Space Applications Conference, GLAC 2018, to take place on  May 14-16, 2018 at the Punta Del Este (Uruguay) Convention Centre. A Memorandum of Agreement will be signed with the organizers in April 2017. 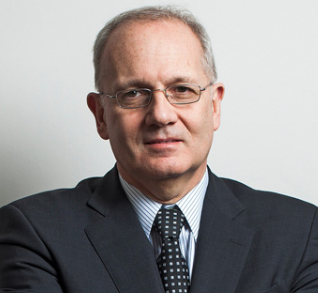 Regarding the International Astronautical Congress (IAC) Mr. Le Gall reported about the success of the  67th IAC in Guadalajara in September 2016, which attracted a record number of 5,200 participants from over 50 countries. But that, “It is now time to look forward to IAC 2017 in Adelaide” and the Congress is confirming its global relevance and international impact with almost 3,400 abstracts received from 78 countries.

Looking ahead, Mr. Le Gall also mentioned the IAC 2018 contract signature between IAF and the Centre for Applied Astronautics and Microgravity, ZARM, on March 17 in Bremen, as well as the two letters of intent to host IAC 2020, received from Dubai (from the Mohamed bin Rashid Space Centre, MBRSC) and Hanoi (from the Vietnam National Satellite Centre, VNSC).

Additionally, Mr. Le Gall set out his Global Innovation Agenda 2016-2019, giving an insight into the seven concrete priority actions geared toward stepping up the Federation’s actions in the peaceful development of space for the benefit of humanity.

He also detailed the events organized or attended by the IAF in 2016, such as the first International Space Forum co-organized by the IAF, the Italian Space Agency ASI and the IAA, the Global Space Congress 2017 in Abu Dhabi, where he gave a speech on the importance of international cooperation and an IAF Symposium hosted by the IAF during the 54th session of the Scientific and Technical Subcommittee of the United Nations Committee on the Peaceful Uses of Outer Space (UNCOPUOS), on the topic “What is at stake in space in 2017 and 2018”.

In 2017, the IAF will also be attending the 33rd Space Symposium, the Space Tech Expo, the 60th session of the UN Committee on the Peaceful Uses of Outer Space (UNCOPUOS) and the Paris Air Show to promote IAF membership, as well as IAC 2017.