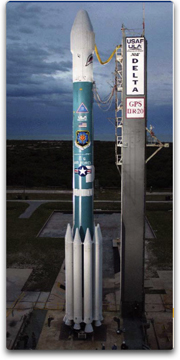 Delta II launch of the Air Force’s GPS IIR-20 satellite scheduled for 24 March with a launch window of 4:34-4:49 a.m. EDT.  The launch will occur from Space Launch Complex-17A at Cape Canaveral AFS, Fla.  The Delta II has launched 46 successful GPS missions in its 20 year history. 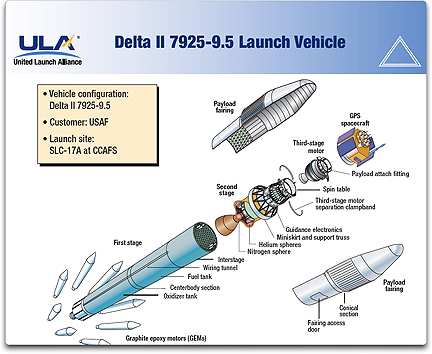 The Navstar GPS is a constellation of orbiting satellites that provides navigation data to military and civilian users worldwide. The system is operated and controlled by the 50th Space Wing, located at Schriever Air Force Base, Colorado. GPS satellites orbit the Earth every 12 hours, emitting continuous navigation signals. With the proper equipment, users can receive these signals to calculate time, location, and velocity. The signals are so accurate that time can be measured to within a millionth of a second, velocity within a fraction of a mile per hour, and location to within 100 feet. Receivers have been developed for use in aircraft, ships, land vehicles, and to hand carry. GPS provides 24-hour navigation services including: 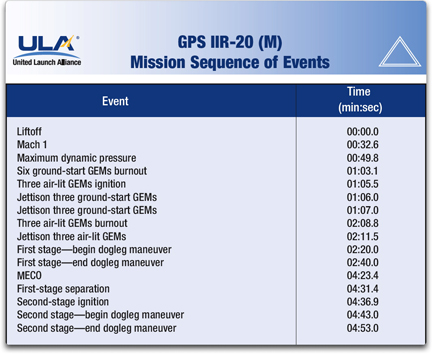 The GPS constellation is designed and operated as a 24-satellite system, consisting of six planes with a minimum of four satellites per plane. The GPS satellites are placed into nearly 11,000-mile circular orbits. While circling the Earth, the systems transmit signals on three different L-band frequencies. The satellites have a 10-year design life.