[SatNews] The lava is hot enough to glow in near-infrared light...

The Advanced Spaceborne Thermal Emission and Reflection Radiometer (ASTER) on NASA’s Terra satellite captured this false-color image of the ongoing eruption at Iceland’s Holuhraun lava field on September 16, 2014. The lava is hot enough to glow in near-infrared light, so it appears red in the image, which displays near-infrared, red, and green wavelengths as red, green, and blue respectively. 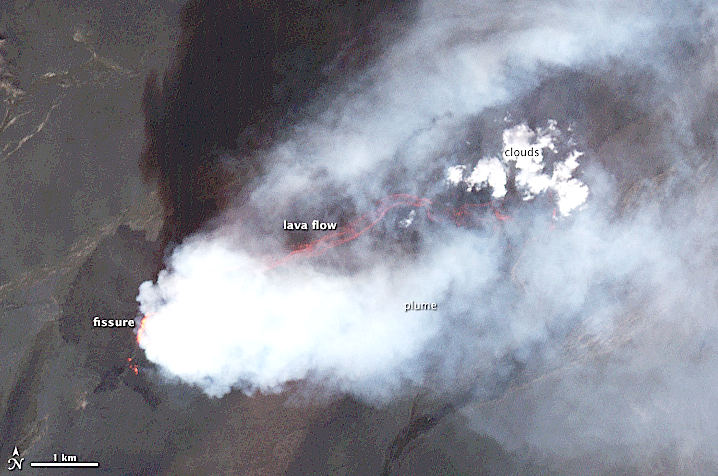 For daily updates about the eruption, visit the Icelandic Met Office. website. Find a gallery of satellite imagery of the eruption here.