Spacecom (Tel Aviv Stock Exchange: SCC), operator of the AMOS satellite fleet, has announced that the firm's newest satellite, AMOS-17, is completing the final stages of its pre-launch preparation. 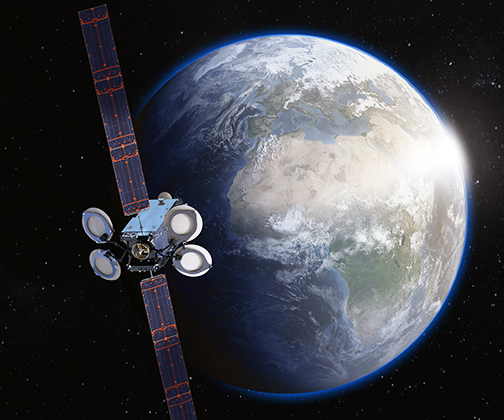 The satellite is scheduled for launch later this summer to the 17 degrees East orbital position, is specifically designed for meeting the growing communication demands of the African continent.

Equipped with an advanced digital payload constructed by Boeing Satellite Systems International, the new satellite has already completed its environmental testing simulating the launch and harsh space environment. AMOS-17 is currently undergoing final preparation operations ahead of shipment to Cape Canaveral, Florida, where it is scheduled to be launched on a Falcon-9 launch vehicle by SpaceX.

David Pollack, President and CEO of Spacecom, stated that the company is excited by the opportunities AMOS-17 will offer the firm's clients throughout Sub-Saharan Africa. With a state-of-the-art digital payload, it will be the most technologically advanced satellite to service Africa and will deliver a large variety of services as well as connect Africa, Europe and the Middle East. The company has worked closely with the Boeing team and all are looking forward to moving ahead in Africa.