Surrey Satellite Technology Honored with International Board of Trade Award

Surrey Satellite Technology Ltd.’s international exports track record, totaling £1.15 billion ($1.5 billion) over a 30 year period, has been honored with an International Board of Trade Award. 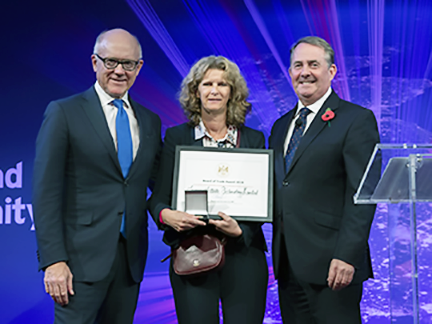 The award was presented to SSTL’s Managing Director, Sarah Parker, by the UK’s Secretary of State, The Rt. Hon. Dr. Liam Fox MP at the first international Board of Trade Awards ceremony held on board HMS Queen Elizabeth in New York on October 22, 2018, and hosted by Admiral Sir Philip Jones KCB ADC, First Sea Lord and Chief of Naval Staff.

Since the Company was founded in 1985, SSTL has grown from four to 500 employees and now has 40 percent of the world’s small satellite export market, with an annual turnover of £100 million. With the launch of seven satellites this year, SSTL has now launched 57 satellites on 34 launches from eight launch sites around the world and has also provided 18 space development and training programs for international customers, including the US, Kazakhstan, Nigeria, Chile, Thailand and South Korea.

SSTL specializes in the design, manufacture and operation in orbit of smallsats, with full capability through the design, build, test, launch and operate phases of a mission.  Customers include commercial organizations, space agencies, national governments, academia and research institutions and SSTL’s spacecraft are used for Earth observation and science, navigation, telecommunications, exploration, and technology demonstration in LEO, MEO, GEO, and beyond Earth’s orbit. 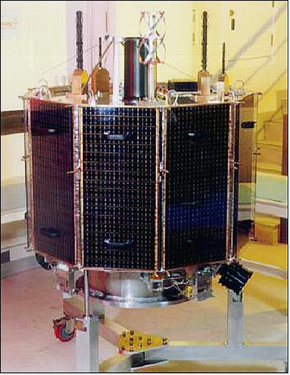 Photo of the UoSat-12 minisatellite. The smallsat was launched on April 21, 1999, by a Russian launcher, Dnepr, of Kosmotras International Space Co., Moscow, from the Baikonur Cosmodrome, Kazakhstan.

Presenting the Award, International Trade Secretary, Dr Liam Fox, said: “As a global leader in the small satellite field, SSTL is a fantastic advocate for international trade. Accountable for 40 percent of the global small satellite export market, the company is a fantastic example of British expertise leading the way in space technology. I am delighted that my international economic department is presenting SSTL with a Board of Trade Award, paying testament to its continued export growth and innovation.”

On receiving the Award, Sarah Parker said “I am delighted to accept this award in recognition of SSTL’s impressive international exports figures – a testament to the space engineering expertise, innovative flair, and collaborative spirit of our employees.”